Work on Ghanaians' taste for foreign goods if you want 1D1F to succeed - Kwesi Ahwoi - MyJoyOnline.com 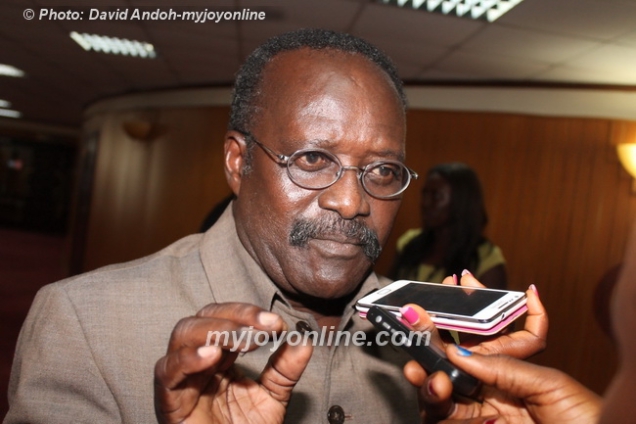 A former Minister of Food and Agriculture, Kwesi Ahwoi has cast doubt on the success of the One District One Factory (1D1F) programme if government does not consider the ordinary citizen’s taste for foreign goods.

According to him, sustenance of the 1D1F programme is immensely dependent on the patronage of Ghanaians. However, with the populace’s taste for foreign goods being excessive, government’s investment in the programme will come to naught.

While admitting that 1D1F is the panacea to the country’s industrialization deficit, Mr. Ahwoi, asked government to implement measures that will reduce Ghanaians’ preference for foreign goods.

“You just can’t put a factory anywhere when there is no raw material base, when the demand is not there. So the demand has to be there.

“Everything that you produce must have a market and Ghanaians typically have a taste for foreign products. We do not appreciate that which is locally ours. So you have to make concrete efforts to develop the taste of Ghanaians, so that they will buy what you are producing. Otherwise, we will produce and at the end of the day, there will be no market for it,” he said on Accra-based TV3.

Earlier this year, President Akufo-Addo reiterated his commitment to fulfilling his promise to Ghanaians on 1D1F.

According to him, 278 1D1F projects are at various stages of implementation in all the regions.

He explained that 106 factories are currently operational and 148 are under construction while 24 projects are at the mobilisation stage.

Delivering the 2022 State of the Nation Address in Parliament on Wednesday March 30, he said “In order to bring the youth on board the 1D1F Programme, 58 out of the 278 1D1F Projects have been developed as enterprises fully owned by youth groups, with direct government support. Each of these 1D1F Youth companies are owned by 40 and 50 youth as shareholders.”