Would A.B Crentsil’s ‘Moses’ be banned if it were released in 2021? 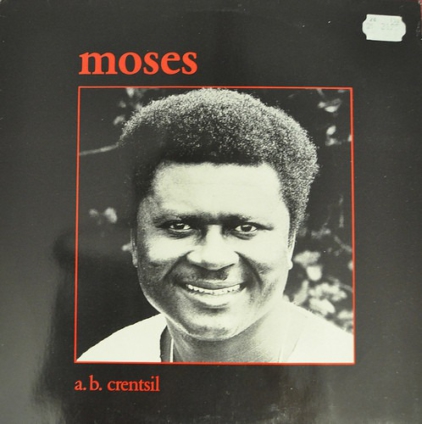 In a classroom originally designed to be an office on the top right corner of the New Block at Adisadel College, about four of us were seated, baking in the often hot music studio listening to our music teacher tell us about Highlife one afternoon.

I really don’t remember all that he was saying that afternoon, except something about A.B Crentsil once releasing a song that was banned for being profane. That song was Moses. He refused to give us details of the song, neither would he play it for us.

I just mentally bookmarked it to check it out later when the school went on vacation – but that would be at least four years later.

Just a week ago, after being triggered by a funeral highlife playlist I was listening to, I remembered to finally check out ‘Moses’ – it was a great find!

Moses is that forbidden fruit you find yourself biting into only to feel guilt after you’ve finished enjoying it. You go like “never again” and next thing you know, it is number one on your playlist of guilty pleasures.

The opening tune of Moses sounds like a slow marching anthem, almost like Crentsil is inviting you to march with him through the notes and lyrics of his song, like the titular character, Crentsil leads his audience into a musical wilderness dotted with heavy sexual innuendos and scandal.

Not long after, the guitar and keyboard join the anthem to create this unmistakable slow highlife tune. It is of significant note that the piano is played in an ecclesiastical form rather very similar to something you might hear in an Orthodox church during Sunday Service. Probably this is due to the titular character’s link to the Bible.

Then a soft treble male singer delivers the first lines of the song.

Like Kofi Kinaata’s ‘Susuka’ the lyrics entreat the audience to take their situations in their stride and make themselves happy. It calls for an end to crying and complaining and making oneself happy.

When A.B. Crentsil comes on the tune, he perfectly puts the treble singer’s lyrics into better perspective, and then you realise the song isn’t to lead you into accepting yourself and situation, instead it talks of your cold, cold nights alone in your desert-like bed without a lover.

Soon after a long interlude, a sultry voice takes over the refrain and lulls you. Like a lamb to the slaughter, it carries you right into A.B. Crentsil’s coarse Takoradi Fante and then the ‘vulgarity’ slaps you in the face. Wham!

I can almost stake my right hand in a bet that A.B Crentsil is a connoisseur of female breasts. He just lists the various types – from the ‘bobby-stands’ to the ‘patsaa’ ones to the ‘obrani wa wu’ socks ones, he goes on and on.

But don’t get too comfortable, that was to prepare you for the next level – personally, the part I found very controversial.

Then as if this isn’t controversial enough he says “If you know you have ‘bobby-patsaa’ allow the children come to us.”

If these lines are not giving you pedophile vibes then you’re suspect! Because…

But what if he probably meant ‘the young ones’ when he said ‘Mmofra’, like when your old parents or grandparents are chiding your twenty-year-old asses for misbehavior and they say “Ԑnԑ mmofra moaba.”

But even that … very slippery grounds.

But he quickly recovers and goes back to bobby-stands this time using a stereo-turntable machine to create very sexual imagery.

Very characteristic of Fantes, the mixture of English and Fante (a.k.a lingo lingo) is heavily used to dilute the sexual imagery with comic relief. Every part of the stereo-turntable is ascribed a body part – the speakers, our famous bobby-stands; the turntable, ‘the black hole of Calcutta’, and the diamond pin being the ‘magic power’.

You know what he’s talking about, don’t be a prude.

Then as he describes what these stereo/body parts do, the tune quickens with the cymbals getting louder probably to depict a rise in passion then suddenly it returns to the slow highlife tune of the song signaling a denouement to the first round of pleasure.

But A.B. Crentsil is not done. He, our Moses, finally gets us to the Red Sea which in this musical wilderness is indeed very red, unlike the Crystal blue waters of the real Red sea.

At this point, Clergymen are advised to either turn off their audios or listen to this with a secular ear.

So this is what he said;

“When Moses got to the Red Sea, the waters were very red and Moses trembled. On the shores of the sea, the Jews had planted apples which had gotten burnt, so now they were black as soot.”

Now juxtapose a very red and narrow sea, lying calmly between two black-as-soot shores. I hope the picture in your mind is as Vivid as mine.

“Moses had never seen such a thing before, O! small child.”

Once again, he uses ‘child’ here. But was biblical Moses a child? To answer this I go to Quora.

On Quora, a user by the name Laverne Bolling answers saying “Exodus 7:7 it explains that Moses was 80- years old when he approached Pharaoh to free the slaves from Egypt.”

So how on Earth is A.B Crentsil describing an 80-year-old Moses as a small child? And also does this have any bearing on his earlier “let the ‘mmofra’ press their chests on ours”? I leave that to your discretion.

“So the Lord proclaimed, ‘Moses raise your rod and infiltrate the Red Sea and it shall part into two. And you and your people shall pass through it, for Pharaoh and his army was fast arriving.

“So Moses infiltrated the Red Sea and it parted, and he and his people slipped through in peace. Praise the Lord!”

At this point, the clergymen who had refused my warning and gotten here, fuming, shouldn’t blame me. It’s not like I didn’t warn you.

But whether you dislike his taste for creating sexual innuendos using glorified Bible figures or not, it doesn’t take away from the fact that A.B. Crentsil’s Moses so far has been genius. Genius in a crude, raw and unhinged manner.

At this point, A.B Crenstil starts extolling Moses’ rod and then the tune picks up to a dance highlife tune, he continues to shower praises on Moses’ rod till it becomes cries of pleasures and whispers of praise.

Then the song comes to a satisfying climax.

When Moses was released circa 1980, the Ghana Broadcasting Corporation refused to play the song because it was too vulgar.

Others took offense, because, according to a peacefmonline.com 2013 post, Crentsil had taken too much liberty with his comparison between Biblical and [sexual] situations, describing the song as outright profanity.

In 2002, A.B Crentsil is reported by ModernGhana.com to have apologised for the vulgarity of the song. According to the website, A. B. Crentsil said the release of Moses was one of the biggest mistakes he ever made in his life.

He had said, “There is a proverb that once in a man’s life, man causes a blunder and I think this is one big mistake I made. I regret it so much and if it was possible I will retrieve all the CDs and cassettes of that song”.

But was he being sincere? In a 2018 video I spotted on YouTube, A.B Crentsil is captured performing the song to an excited crowd at the Tema Highlife Music Festival with even more exaggerated sexual innuendos.  Lol.

But to answer the substantive question, would the song be blacklisted if it were released today?

To be honest, I think it might even get banned.

Let’s not kid ourselves, starting from the early 2000s the Church in Ghana has accumulated significant power. In recent times, we’ve seen a lot of governmental decisions taken from a Christian perspective than from a stance of logic.

Take for instance the National Cathedral which promises to serve the Last Supper with forbidden fruit for dessert, or even the controversial Anti-LGBT bill which seeks to criminalise even people who sympathise with LGBT people, and let’s not forget the government’s abortion of the Comprehensive Sexuality Education amidst a teenage pregnancy endemic.

Now imagine such a song, depicting a glorified Biblical patriarch like Moses in such a sexual situation. It would be unheard of, haram of its highest order.

I know for sure, child rights groups and feminists would be riled up by the pedophile vibes of the song, but that would pale in comparison to the Church’s anger over the depiction of Moses in the song.

If Child rights groups could get songs banned they should have done so with Obour’s ‘Konkontiba’ which blatantly suggested a predator-like/pedophile-like relationship. It went on to become arguably his biggest hit.

I’m not sure the clergymen noticed a thing then…interesting eh.

Anyway, indeed, I think Moses is a nice song; the instrumentals, the humour, and sexual innuendos make for a nice blend.

However, the pedophile vibes are rather unsettling and take much away from the masterful piece.

The author, Cornerlis Kweku Affre works with Myjoyonline.com under The Multimedia Group. Follow him on Twitter @cornerlis

DISCLAIMER: The Views, Comments, Opinions, Contributions and Statements made by Readers and Contributors on this platform do not necessarily represent the views or policy of Multimedia Group Limited.
Tags:
2021
A.B. Crentsil
Moses
Red Sea