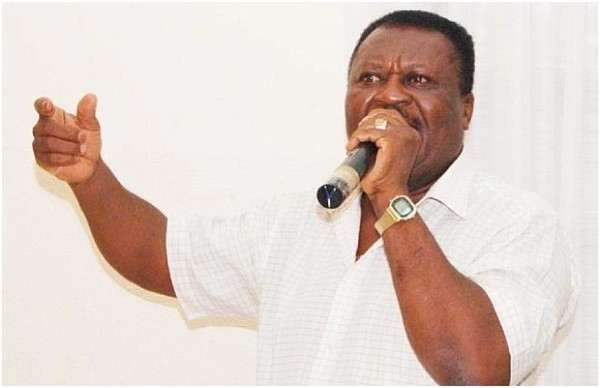 Ghanaians are still reeling from the news about veteran musician, A.B. Crentsil’s demise.

Born Alfred Benjamin Crentsil Jr, the icon is said to have died on Wednesday at 79.

The news was announced on Facebook by sound engineer, Fred Kyei Mensah.

Heartfelt messages have been pouring in since the information went public.

Crentsil won numerous Ghanaian music awards, including the Fontomfrom Evergreen Award, a special honor bestowed upon a musician with over 20 years of music experience.

Over the years, his songs have proven that he indeed was a gem in the music industry.

For many, the fact that his songs are still standing the test of time is not surprising.

On that note, here are five top songs of A.B. Crentsil’s that should be on your playlist today.

Ma Me Ndwene Me Ho

‘Ma mendwen me ho’ is one of Crentsil’s popular songs which he composed with A.P.M.S. It was part of his ‘Toronto by Night’ album released in 1985.

The song talks about a man who has travelled abroad to seek greener pastures and sends money back to his family for them to put up a project.

Unfortunately, he comes back home only to realise that funds for the project have gone down the drain.

‘Adadwo fa yi’ is a love song released by Crentsil in the 190s. It basically talks about two lovers and how they want to make love to each other during the night.

Moses is one of the most talked-about album/song of A.B. Crentsil which was released in 1983.

Moses is that forbidden fruit you find yourself biting into only to feel guilt after you’ve finished enjoying it. You go like “never again” and next thing you know, it is number one on your playlist of guilty pleasures.

The highlife song ‘Devil’ is one of Crentsil’s songs that made waves in the 190s. The song was part of Crentsil’s ‘High Life in Canada’ album released in 1987.

Devil talks about making good use of everything you have. Whether good or bad, do not destroy people with it but be in the position to help them.

Juliana is also a popular Highlife song composed by hiplife musician Bice Osei Kuffour popularly known as Obour and A.B. Crentsil. The song was part of the compilation album of ‘Hollywood Highlife Party + Moses released in the year 1998.

DISCLAIMER: The Views, Comments, Opinions, Contributions and Statements made by Readers and Contributors on this platform do not necessarily represent the views or policy of Multimedia Group Limited.
Tags:
5 top songs
A.B. Crentsil