Year in Review (II): The biggest sports stories from 2021 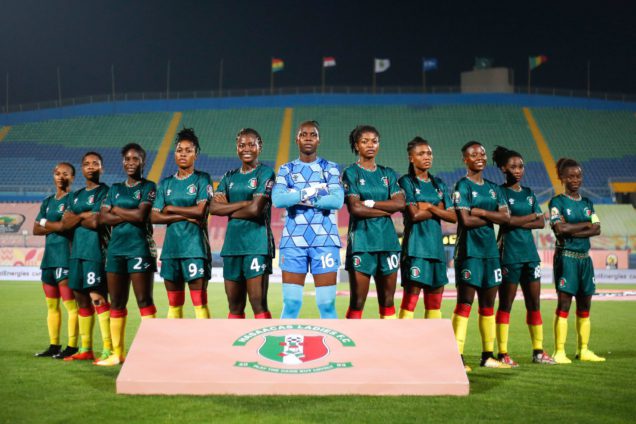 In the second half of 2021, stories such as Charles Kwablan Akonnor’s sacking, Milovan Rajevac’s appointment and the World Cup qualifiers saga all made the headlines. But which other stories were also in the news?

Hearts of Oak were crowned champions of the Ghana Premier League for the first time in over a decade in July this year. The Rainbow club was declared champions following their 1-1 draw at home with Liberty Professionals, as Samuel Boadu ended a 12-year wait for the league title.

As part of their coronation, both Salifu Ibrahim and Emmanuel Nettey, who were instrumental for the Accra-based side spoke to the Joy Sports’ team, where they recounted the 2020/21 season after being crowned champions.

As part of their preparations of going to represent Ghana in the CAF Champions League, Hearts snapped up Gladson Awako from Great Olympics as they bolstered their squad. The player was unable to play for the club during the qualifiers for the continental club competitions but made his debut in December and has since become a regular for the club. Joy Sports’ Mubarak Haruna broke the news of the talisman’s departure from the Dade club.

During the Olympic Games in Tokyo in August, Ghana’s 4x100m men’s relay team broke a national 24-year-old record, when they run 38.08s to finish as one of the ‘fastest losers’. In an interview with Joy Sports, Benjamin Azamati, a member of the team said: “We had it in us; we knew we could break that record looking at the time we were running this season we knew we could come up with the time that could break the national record.”

Joy Sports also did a documentary that entailed the fight between Ghana’s Professor Azumah Nelson and Jeff Fenech on March 1, 1992 – a fight that erased any doubt about Azumah’s status as the best super featherweight.

In September, Joy Sports’ Muftawu Nabila Abdulai broke the story of C.K Akonnor’s sacking as the Black Stars head coach and the hiring of Milovan Rajevac’s second coming as the gaffer of the national team.

Joy also broadcasted the official unveiling of the Serbian.

After scoring a wonderful solo goal in the Middle League match between his team, Golden Kicks FC and Mobile Phone People FC, Mizak Asante gained the attention of the world after a video of his goal went viral. In an interview with Joy Sports after the tournament, the then 15-year-old spoke about his goal while also naming PSG star Kylian Mbappe as his idol.

October also saw Joy Sports break the story of Juvenile clubs in Ghana being made to pay 1000 cedis per season. The news led to the Ghana Football Association reacted to by securing a sponsorship deal from KGL.

In the 2022 budget read in parliament in November, the Finance Minister, Ken Ofori Atta mentioned that the Essipong stadium in Sekondi was 90 per cent completed. However, Joy Sports’ George Addo Junior did a report from the stadium proving the devastating nature of the facility.

The Multimedia Group Limited also led the Ballon d’Or conversation in the country as Gary Al-Smith gave updates on the event from France, where the event took place with Lionel Messi winning his 7th golden ball award.

Hasaacas Ladies completed a year every club could dream of as they won five of the six finals they qualified for in 2021. Despite losing to Mamelodi Sundowns Ladies, hit-maker and Takoradi’s favourite, Kofi Kinaata in an interview with Joy Sports asked the Hasmal Ladies to be proud of themselves for the feat they achieved.

November also saw the Black Stars sealed qualification for the play-offs of the 2022 World Cup after beating South Africa.

The South Africa Football Association petitioned FIFA over unfair treatment during the game which led to Ghana qualifying but their petition was declared inadmissible by football’s highest governing body.

Samson Deen also enjoyed success in the month of November as he was elected as the president of the African Paralympic Committee after the congress in Morocco.

In December, Ghana and Egypt won gold in the final of the hockey Africa Cup for Club Champions in Accra. President of the Ghana Hockey Association, Dr KD Asante told Joy Sports’ Benaiah Elorm Dafeamekpor after the event: “We are excited to host the Africa continent come January 2022.”

Sports in 2021 may have not started as we wanted it to be. But it was definitely a good year in general and hopefully 2022 promises more.

DISCLAIMER: The Views, Comments, Opinions, Contributions and Statements made by Readers and Contributors on this platform do not necessarily represent the views or policy of Multimedia Group Limited.
Tags:
Ballon d'Or 2021
Black Stars
GPL
Tokyo 2020 Olympic Games