You can be a star today but a criminal tomorrow - Gemann to Shatta Wale, Stonebwoy - MyJoyOnline.com

You can be a star today but a criminal tomorrow – Gemann to Shatta Wale, Stonebwoy 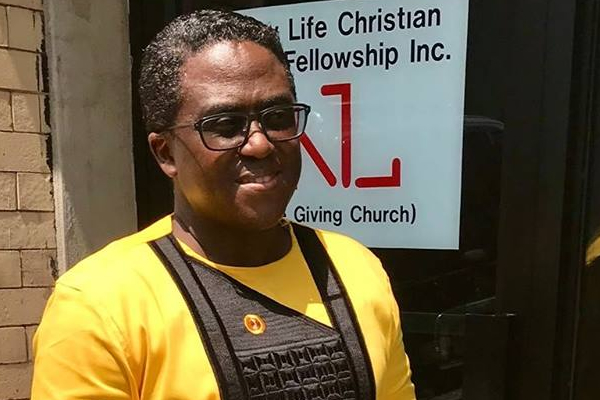 Musician turned pastor, Nana Gemann, has called on feuding dancehall artistes, Stonebwoy and Shatta Wale to use their talent to make an impact on society instead of engaging in public brawls.

According to him, the use of guns could land the two in trouble which would see the people who hailed them today turning against them.

In a Facebook Live session, Nana Gemann, who is the founder of New Life Christian Love Fellowship weighed in on the fight between the camps of Stonebwoy and Shatta Wale at the 20th edition of the Vodafone Ghana Music Awards (VGMA) last Saturday.

He stated that “Guns do not protect, they destroy and I am a perfect example of a gun episode which saw me spending 14 years of my life in prison and I am certain there are members of the society who have still not forgiven me for that incident.”

He questioned why entertainers had to possess arms when they were not police officers or soldiers. “You can be a star today, and the next day, become a criminal because of a stupid mistake,” he added.

Nana Gemann said prior to that 1995 incident, he was naive and ignorant particularly when he had come back into the country to set up a recording studio after years of sojourn outside.

Nana Gemann claimed that he sought the assistance of a police friend on what to do to protect himself in the wake of robberies within the Dome CFC area near Accra where he resided and bought a gun on the advice of his friend.

“But on that fateful day, when I entered my room and took out a gun to frighten that taxi driver, little did I know that my life would change,” he said.

“On the day of trouble, the weapon did not save me but rather turned out to be the beginning of my troubles. I vividly remember being generous to policemen at the Tesano Police Station back in the day each time I drove past the area.
“They would hail me and in return, I gave them money, but on that fateful day when I was arrested and taken to that same station, the officers, some of whom I knew so well called me a foolish man,” he recounted.

Talking about his experience in prison, Nana Gemann said he was confined to a 12-inch holding space and never saw the sunshine until a Presidential Pardon saw his release.

Nana Gemann warned Stonebwoy and Shatta Wale that should they find themselves at the wrong side of the law, no fan who cheered them on would follow them into the police cells or prison and urged them to hand over their arms to the security agencies to avoid the temptation to use them.

He maintained that while there were many great entertainers before his generation, they did not hold guns but “when my generation thought we were hip and therefore we must wield arms to be gangsters, the general public was a witness.

“You don’t have to own a gun to a gangster. You two are great talents in your own right and you need to make a positive impact particularly on the forces that follow and hail you.

“When you are in incarceration, the first month is usually a honeymoon period because you have a lot of friends, family members and sometimes members of the public visiting you, but as the month’s progress, the visitation declines and you are completely forgotten,” he stated.

Nana Gemann maintained that had the gun gone off on that particular day, Stonebwoy would have been languishing in jail and none of his followers would have been there with him.

“It doesn’t matter how provoked you are or how crazy you want to be because if that gun had gone off and somebody had died, no amount of sympathy would save you,” he said.

He called on Stonebwoy and Shatta Wale to reflect on their actions and use the opportunity to make changes before they ended up destroying each other.