'You cannot use the principle of ‘Ceteris Paribus' to run the Ghanaian economy' – Isaac Adongo tells government - MyJoyOnline.com 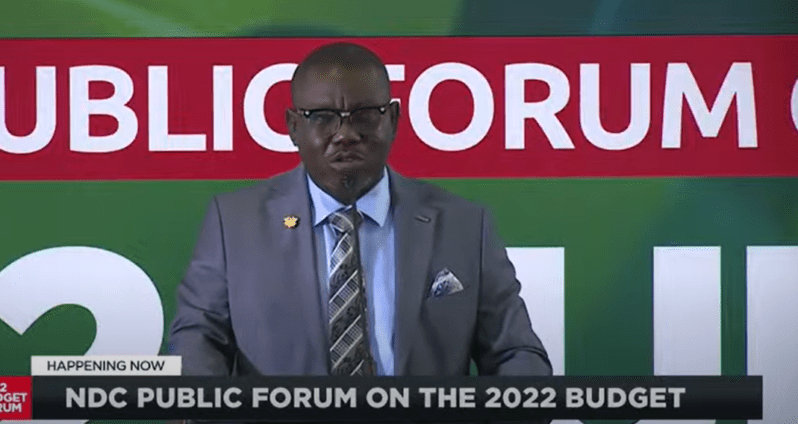 Member of Parliament for Bolgatanga Central, Isaac Adongo says implementation of policies by the Akufo-Addo led administration will expose their ‘misleading lectures’ on managing the economy.

Addressing a public forum on the 2022 budget at the Alisa Hotel, Wednesday, the Deputy Ranking Member on Finance Committee in Parliament said propaganda lectures do not mean anything to the management of Ghana’s economy.

“You cannot use the basic principle of ‘Ceteris Paribus (all other things being equal) to run the Ghanaian economy. Because the Ghanaian economy is an economy that has very complex, technical and institutional structural rigidities that must be addressed in order to unleash the potential that the principles we are espousing can work.

He asserted that Ghanaians are resisting the e-levy simply because some government persons will benefit from the yearly accumulated revenue from the levy.

The legislator stressed that the 2022 budget is not in the interest of Ghanaians. Rather, it is for the private interest of the managers of the economy.

“Even the so-called E-levy, the main cause of the resistance is because some GH₵240 million a year over a period of three years cumulatively, almost GH₵800 million would be lost to some group of people who want that money badly than you. So even in that sense, they are not thinking about you,” Mr. Adonko alleged.