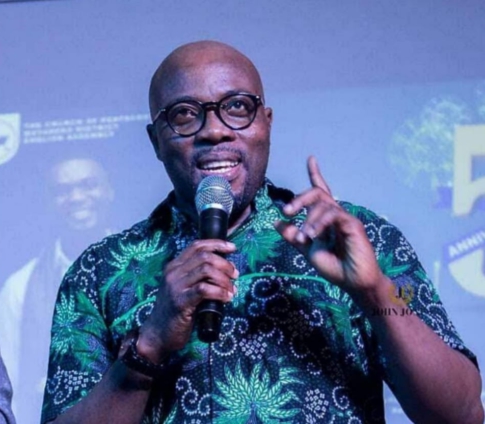 According to the MP in a tweet, the late Elvis Kwashie, despite his sudden demise, has left a “towering legacy” for the current and future generations as far as media professionalism and tactfulness are concerned.

His eulogy goes to confirm that the 49-year-old was a media doyen as claimed by many, including former President John Mahama and Information Minister Kojo Oppong Nkrumah.

We continue to pray for the glorious repose of your kind soul and for the Lord to offer succour to your mum, wife, children, multimedia and the Ghanaian media fraternity.

Your towering legacy is for generations regardless of your short time on Earth. pic.twitter.com/IvqpLZngTu

Mr. Okudzeto Ablakwa prayed for the eternal repose of the late Joy Brands’ GM’s soul, adding that may the Lord offer “succour to mum, wife, children, Multimedia and the Ghanaian media fraternity.”

On December 28, 2021, Mr. Elvis Kwashie was pronounced dead at the University of Ghana Medical Centre after a short illness.

Mr. Kwashie was laid to rest after a solemn funeral at the forecourt of the State House over the weekend.

The funeral rites on Saturday, March 12, witnessed loved ones and sympathisers file past his remains. The exercise was not executed without wailing and tears.

According to the Multimedia Group Limited, Mr. Kwashie was an epitome of a great leader who looked out for the welfare of his subordinates to achieve the expected outcomes for the brand.

Elvis’ mother expressed enormous sadness over the loss of her son.

In a touching tribute read on her behalf, Madam Torkornu-Bonuedie had hoped that her firstborn would be the one to read her tribute when God calls her to eternal glory and not the other way round.

Wife of the late media professional, Cynthia Kwashie, said the consistent support provided by her late husband was “the light of my life” and continues to shine even in his death.

His remains were later interred at his hometown, Asadame in the Volta Region.

He had rich experience in recruiting, grooming, coaching and supervising reporters and correspondents across the country.

Under his strong leadership, JoyNews has won more than 100 awards in the last 10 years, including two CNN African Journalist of the Year awards.