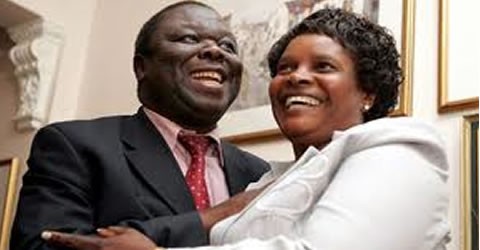 A court in Zimbabwe has thrown out a bid by a woman to block Prime Minister Morgan Tsvangirai’s wedding on Saturday to his fiancee, Elizabeth Macheka.

Locadia Tembo had argued that the wedding could not take place because she was Mr Tsvangirai’s wife under customary law.

But High Court Judge Antonia Guvava ruled such marriages were not valid.

President Robert Mugabe, who is in a fractious coalition with Mr Tsvangirai, is due to attend the wedding.

The BBC’s Brian Hungwe in Zimbabwe says the wedding is expected to take place in an upmarket area north of the capital, Harare.

Mr Mugabe is billed to host a post-wedding banquet for other heads of state who will be there, he says.

Mr Tsvangirai, 59, and Mr Mugabe – the leaders of the Movement for Democratic Change (MDC) and Zanu-PF respectively – are expected to run against each other in presidential elections, due next year.

The case brought by Ms Tembo, a 39-year-old commodity trader and sister of an MP from Zanu-PF, was heard in chambers in the High Court in Harare.

The judge ruled that marriages under customary law were not valid, expect for certain purposes such as the distribution of matrimonial property.

He also said the case should have been dealt with by a marriage officer at a magistrate’s court.

Ms Tembo’s lawyer, Everson Samkange, said he would now lodge a further objection to the marriage with the magistrate’s court, which could lead to a commission of inquiry if the case goes ahead.

But Mr Tsvangirai’s lawyer, Innocent Chagonda, said he welcomed the fact that “legal impediments” had been removed ahead of the wedding.

“There was no basis upon which [Ms Tembo] could have interdicted the prime minister from getting married,” he said.

“An unregistered customary law marriage is not a valid marriage at all. It is valid for only certain purposes which have nothing to do with what we have been talking about.”

Ms Tembo, a businesswoman, has been demanding $15,000 (£9,310) a month in maintenance expenses from the prime minister.

“Generally those I have met have dismissed that because in reality you don’t spend that much… generally it has been taken as a political attempt to discredit the prime minister,” John Masuku from Voice of the People radio told the BBC’s Newsday programme.

Shortly thereafter, Mr Tsvangirai said their relationship had been “irretrievably damaged” after it was “hijacked” by his opponents, including state security agents.