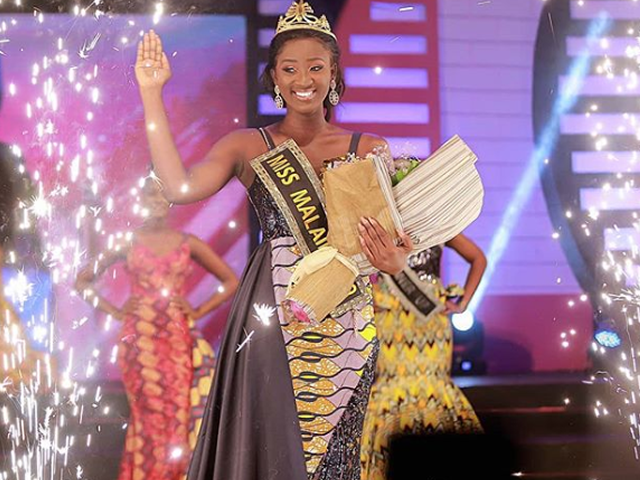 The newly-crowned beauty queen, who is also a third-year accounting student at the University of Ghana, battled it out with nine other ladies to win a cash prize and a brand new car.

The finale of the Miss Maliaka pageant took place at the National Theatre on Saturday, November 2.

Mbord Astanga and Habiba Bint-Abdallah were announced as the first and second runners-up, respectively. 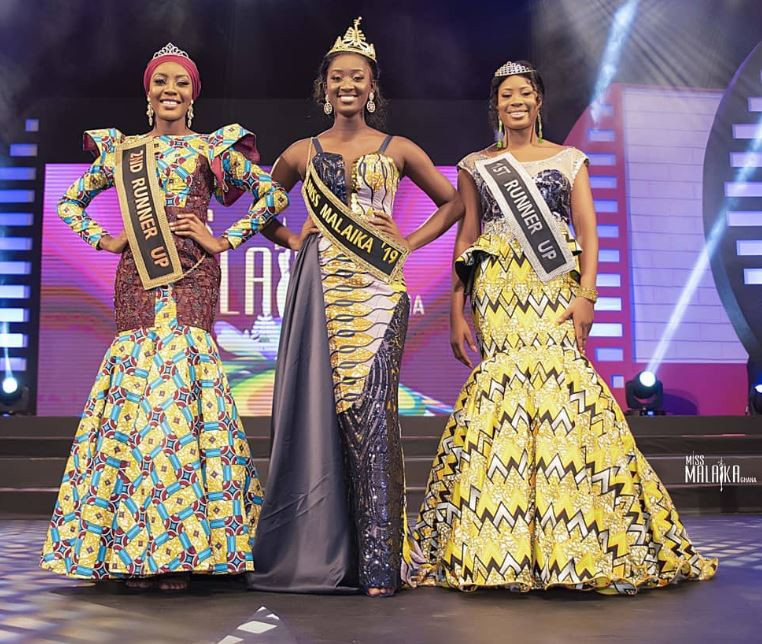 These queens and seven other ladies before the grand finale on Saturday, for weeks, were taken through rigorous grooming sessions (entrepreneurship, communication skills, personal outlook and others), projects and survived evictions to prove their worth as the next Miss Malaika queen.

As part of their project the ladies raised over GH¢12,000 and donated it to children with Congenital anomalies (structural or functional defects that occur during intrauterine life and are present at birth) and Preterm babies( babies born before 37 weeks of pregnancy) at the Korle Bu Teaching hospital.

On the finale, 10 contestants battled it out as they shared the humanitarian projects they have designed to embark on if they win the crown.

The judges, Kojo Jones, Naa Ashorkor, Jocelyn Dumas, Claudia Lumor and James Gardiner watched keenly as the 10 finalists took turns to share their ideas and answer questions thrown at them, for the cash prize, the car and the very enviable Miss Malaika Ghana crown.

One contestant called Fynnba was announced the winner of the talent hunt. She was one of three delegates shortlisted to compete for this award.

Mbord, the first runner-up was also voted by the delegates as Miss Congeniality. This award was given to the delegate who was fun to be with.

The delegates were later cut down to the final five, which consisted of Mbord, Phylis, Alma, Habiba and Kimberly.