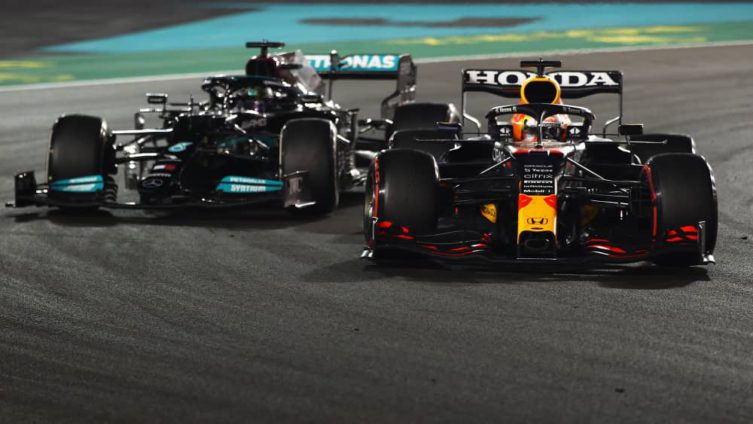 All through build-up to the season’s final race in Abu Dhabi, many F1 fans and pundits alike, predicted that the season was going to climax in historic fashion.

And indeed it did, but Formula 1 and the FIA have very much set for themselves unpopular history.

Perhaps, there will not have been much commentary and controversy had the FIA not cooked up an exciting end to the season.

With five laps to go in the season’s finale, Hamilton was in a comfortable lead and looked sure to wrap up the title till Nicholas Latifi crashed into the barriers.

Hamilton left Verstappen chasing his shadows as Mercedes and the seven-time champion seemed to have overcome their pace deficit to Red Bull.

The Brit will have wrapped up his historic eighth title in historic fashion and Red Bull principal, Horner confirmed it in-race to race commentators: “Hamilton is too strong today.”

Also midrace, Christian Horner said Verstappen needed a ‘miracle’ to beat Hamilton. That was the enormity of the challenge Verstappen was facing in order to stop Hamilton from winning an eighth.

After Latifi’s crash, a safety car was deployed and the FIA decided that lapped cars were not going to be allowed to un-lap themselves.

However right before end of the safety car, the FIA re-decided and allowed lapped racers to un-lap themselves. But the controversy here is that, the FIA ruled for only the five racers separating Verstappen and Hamilton to go on to unlap themselves.

Meaning Verstappen and Hamilton, who had the same number of points prior to Abu Dhabi and were in a ‘winner takes all’ event, were locked in a head-to-head duel in the final lap of the race.

The Dutch racer at the start of the safety car pitted for a fresh set of soft tyres and went on to beat Hamilton, who was on hard tyres ageing over 30 laps.

What do the Formula One regulations say?

Article 48.12 of the 2021 Race regulations reads: “If the clerk of the course considers it safe to do so, and the message “LAPPED CARS MAY NOW OVERTAKE” has been sent to all teams Competitors via the official messaging system, any cars that have been lapped by the leader will be required to pass the cars on the lead lap and the safety car.

“This will only apply to cars that were lapped at the time they crossed the Line at the end of the lap during which they crossed the first Safety Car line for the second time after the safety car was deployed.”

Jack Nicholls, a BBC F1 commentator summed up all the drama: “The long and short of it is the FIA have changed the rules in order to get a one-lap race. They have made them up on the fly. It’s not sportingly fair for the whole field because some lapped cars were not allowed to un-lap themselves. Are the FIA allowed to make up the rules as they go along?”

By allowing only five of the lapped cars to un-lap themselves, race director Michael Masi had setup an entertaining finish to a race, which had a healthy proportion of the world’s population hooked.

It was a move which will certainly have gone down well with a section of fans who believe Formula 1 has become ‘boring’ due to Hamilton’s dominance.

In 2019, F1 revealed that only 14% of its viewers were below the age of 25 and David Coulthard, 13-time F1 race winner before the Abu Dhabi GP suggested that, Hamilton winning an eighth world title will not sit well with younger F1 fans.

He also indicated that Max winning his first world title, will serve Formula 1 better commercially, an avenue F1 have been trying to maximize.

The franchise has partnered Netflix and in the premiere of its series, Haas F1 team principal, Guenther Steiner said:

“Why you watch Formula One? You want to see action. You want to see drama. You want to see the underdog making a good result. A story. Each race should have a story, and the story should not be all the time Mercedes or Ferrari wins, because that story gets old pretty quickly.”

Not to say Verstappen was the underdog heading into the race but the story of Verstappen piping Hamilton to the world title probably sells better, and Coulthard captured it perfectly in buildup to Abu Dhabi.

“I have said earlier that Lewis winning an eighth title doesn’t tell us he’s a great driver. We knew from when he won his first, his second, his third, fourth, fifth, sixth and seventh that he is a brilliant driver. He is the benchmark in Formula 1.

“I think Max moves the dale in terms of connecting with a younger generation who are gamers. So if I take a commercial view and what’s better for Formula 1, I think Max winning the world championship is something new and exciting,” Coulthard said to F1’s F1 Nation podcast.

And indeed the results from Formula 1 seized and took over the internet.

Before 6pm in Ghana [after the race], ‘Abu Dhabi’ was trending number 1 with over 815k tweets. ‘Karen Horner’, a social media meme to troll Red Bull principal, Christian Horner was also in the trends with 1,368 tweets.

As at approximately 10 minutes to 7pm, Michael Masi had also climbed up the trends. Likewise Bottas and Perez.

Basically Formula 1 seized the world at a point where Barcelona – who are at their lowest and basically now a social media troll item, had conceded an 86th minute equalizer to Osasuna.

It was also at a period where the Spanish La Liga was also building up for the Madird derby.

The results of Abu Dhabi and its subsequent commentary had overshadowed football and even got football fans, current and ex-players roped in in the conversations.

But does a hunger for a new world champion have to override sporting fairness and originality?

DISCLAIMER: The Views, Comments, Opinions, Contributions and Statements made by Readers and Contributors on this platform do not necessarily represent the views or policy of Multimedia Group Limited.
Tags:
Abu Dhabi GP
Mercedes F1
Mishael Quaynor
Red Bull F1