2022 Budget: ‘So far, you have stood on the side of Ghanaians’ – Asiedu Nketia commends NDC MPs - MyJoyOnline.com

2022 Budget: ‘So far, you have stood on the side of Ghanaians’ – Asiedu Nketia commends NDC MPs 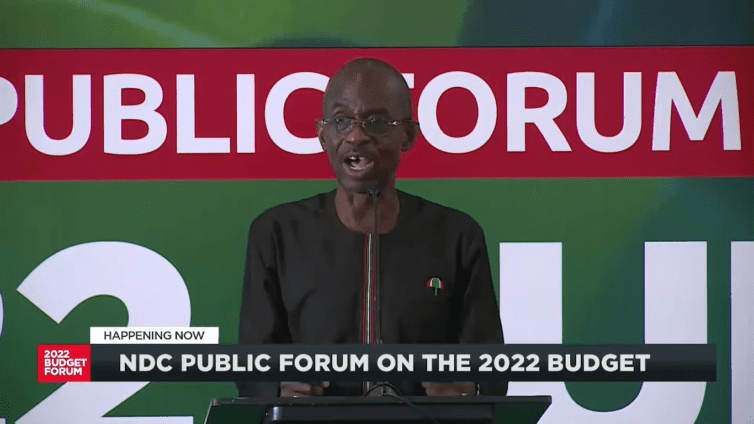 The General Secretary of the opposition National Democratic Congress (NDC) has commended the party’s Members of Parliament for rejecting the 2022 budget.

Johnson Asiedu Nketia at a Public Forum on Wednesday said the NDC Caucus have so far “stood on the side of Ghanaians” by their consistent refusal to accept the fiscal policy.

Following the presentation of the 2022 budget by the Finance Minister, Ken Ofori-Atta on Wednesday, November 17, the House has been divided on accepting the document.

Whereas the Majority believes that the budget captures every essential sector that can rebuild the country’s economy post-Covid-19, the Minority in Parliament has raised a number of concerns.

Amongst them is government’s decision to introduce the electronic transaction levy (E-levy) and the failure to allocate funds for the construction of the Keta sea defence.

As a result, the budget was rejected by the NDC although that decision was rescinded and the budget approved by the Majority in Parliament 48 hours later.

JoyNews/AdomNews · 2022 budget: ‘So far, you stood on the side of Ghanaians’ – Asiedu Nketia commends NDC MPs

However, whether or not the budget has been approved remains a point of contention for Mr Asiedu Nketia.

“When a budget is read to Parliament, the principles are debated and at the end of the first round, there is a vote to determine whether we have accepted the framework of the budget. That is currently what is going on now.

“So when there is a vote and it is rejected, government has to bring a new one. But if it is accepted, it doesn’t mean all the tax measures have been accepted, because it will go to the select committee level for further deliberations,” he explained at the lecture.

In view of that, Mr Nketia said the NDC side of the House will ensure that the necessary amendments are made to the budget.

He insisted that government cannot “bulldoze” its way through this time around.

According to him, the NDC Caucus has an equal representation in parliament as the governing New Patriotic Party (NPP) and the opposition is determined to ensure that the average Ghanaian is not heavily burdened.

“We [NDC] at this first stage believe that the foundation of the budget is wrong and we are prepared to deploy all the powers you [Ghanaians] have given us and that power is 137 MPs. We cannot have a bigger vote than that but we will exercise it fully,” he said.