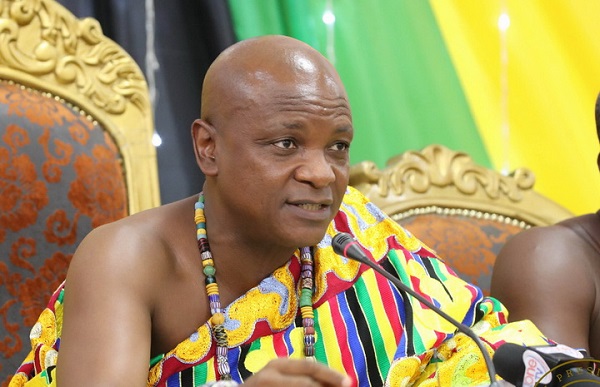 Paramount Chief and the Agbogbomefia of Asogli, Togbe Afede XIV says he rejected over ¢365,000 ex-gratia paid to him for serving on the Council of State between 2017 and 2020.

In a press statement on Monday, the traditional leader explained that “I did not think the payment was made to trap me, as is being speculated.”

The businessmen man says he explored ways to return the money which hit his account in July 2021, which he successfully effected on March 4, 2022.

“After weeks of trying, I obtained advice on how to refund inappropriate payments to the State, and on March 4, 2022, I made the refund into the Controller & Accountant General’s Department Suspense Account at the Bank of Ghana,” he said in the latest statement.

The move, per Togbui Afede, is in line with his long-standing principle against dishing out huge funds to public officials at the expense of the citizenry.

“I want to add that my rejection of the payment was consistent with my general abhorrence of the payment of huge Ex Gratia and other outrageous benefits to people who have by their own volition offered to serve our poor country,” the statement concluded.

DISCLAIMER: The Views, Comments, Opinions, Contributions and Statements made by Readers and Contributors on this platform do not necessarily represent the views or policy of Multimedia Group Limited.
Tags:
Ex-Gratia
Rejection
Togbe Afede XIV