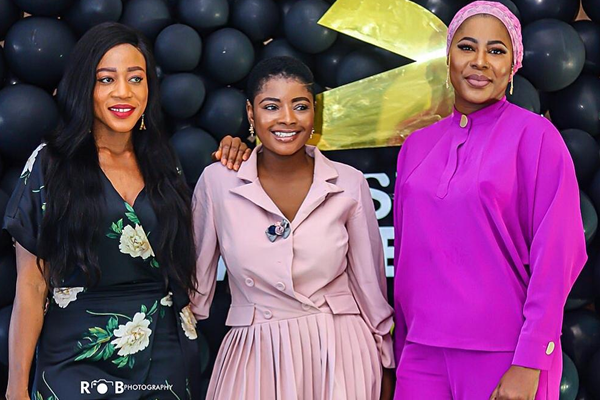 Ahead of the award ceremony on March 28, organisers of 3Music put together a brunch to celebrate women in the industry.

There were two panel sessions led by Naa Ashorkor and Nhyira Addo of both of Joy FM, which sought to shore up interest and consolidate the sustained efforts made over the years in the push for female empowerment within the creative sector and beyond.

The brunch organisers led by Whitney Boakye-Mensah also honoured some women in the creative space who have had significant impacts on the industry.

Theresa Ayoade, Dzifa Gomashie, Akosua Adjepong, Tagoe Sisters, Daughters of Glorious Jesus and Grace Amaboe were among women who were honoured at the event.

See some photos below:

Under the leadership of Whitney Boakye-Mensah, and with support from the women on the 3Music Awards board, the 3Music Women Brunch is a social impact initiative designed to make a case for female empowerment and inclusion in the arts and entertainment industry.

#3MusicAwards20 returns to the Fantasy Dome on March 28. Voting for the main awards night is underway via the shortcode *447*3#