63% of Ghanaians not aware of river blindness drug distribution 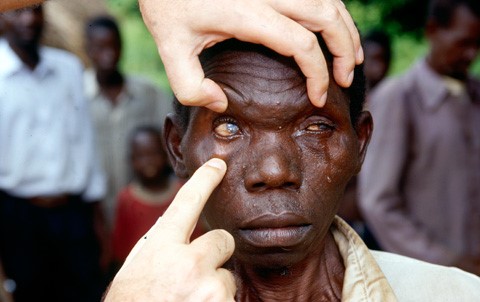 River blindness is known to have a serious socioeconomic impact on affected communities.

However, recent reports indicate control measures have been successful with a significant decrease in prevalence.

Though Mass Drug Administration has been crucial in this direction, a new study has found 63.9 percent of Ghanaians are not aware of this intervention.

The findings, which are published in the journal of Parasite Epidemiol Control, were made known during a research dissemination programme in the district.

It is transmitted to humans through exposure to repeated bites of infected blackflies. The black flies are found at the banks of fast flowing rivers.

More than 99% of infected people live in 31 African countries.

Ivermectin kills the larvae and prevents them from causing damage but it does not kill the adults.

“If more people take the drugs, whenever the blackfly bites one, it cannot transmit the parasite which causes the disease. By so doing, it breaks the transmission pathway,” said Dr. Francis Adjei Osei, the lead researcher.

The study wanted to find out the extent and predictors of Ivermectin MDA coverage and uptake from the individual and health care provider perspectives in the Ashanti Region.

The community-based survey involved 2008 respondents who lived in the  Atwima Nwabiagya North district.

The researchers found that more than half the respondents were not aware of the drug distribution.

They however found that people readily accepted to take the drugs in places where drugs were made known as compared to where they are not aware of the drugs existence.

“Give out the relevant information, offer the relevant supervision, and motivate the people who are doing the work. Persons in the intervention communities will benefit more from those in the controlled communities,” he explained.

They again found that the fear of side effects deterred people from taking the drugs, and 20 percent had trust issues with drug distributors.

The scientists are therefore charging the Ghana Health Service to roll out programmes to increase awareness.

“With the Ghana Health service it’s our expectations that they’ll implement the methodologies so that other areas will benefit.

“To the academic communities, this was done in one area, so it’s recommended, it will be replicated in other areas,” said Dr. Osei.