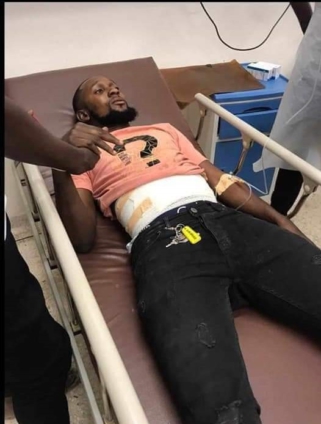 Thirty-year-old Ibrahim Abass has died at the Korle-Bu Teaching Hospital where he was receiving treatment for a gunshot wound.

He was a victim of the shooting incident that occurred in the Ablekuma Central constituency during the just-ended general elections.

He and four other persons, including a police officer, were shot at the collation centre in the constituency at the Odorkor Police Church.

This brings to 6, the number of persons who lost their lives as a result of electoral violence in the December 7 polls.

A suspected shooter, only identified as Kola, is facing criminal charges for the shooting incident.

The deceased has been laid to rest at the Awudome Cemetery.

Meanwhile, the Ghana Police Service (GPS) has revealed that a total of 21 electoral disturbances were recorded nationwide in the just-ended polls.

According to the Service, 5 persons have been killed in various shooting incidents across the country while 19 others sustained various degrees of injuries from the incidents.

Breaking it down, the Police indicated that the Greater Accra Region’s Odododiodio constituency recorded 2 deaths while the Techiman South constituency in the Bono East Region also recorded two deaths.

Again, one death was reported dead in the Savelugu constituency in the Northern Region.

DISCLAIMER: The Views, Comments, Opinions, Contributions and Statements made by Readers and Contributors on this platform do not necessarily represent the views or policy of Multimedia Group Limited.
Tags:
Ablekuma Central
Electoral violence
Ibrahim Abass