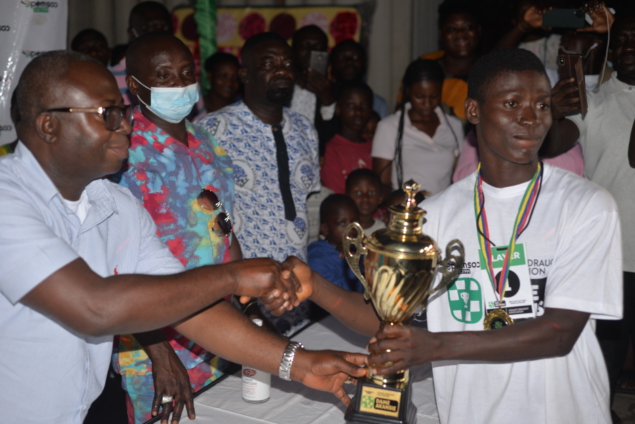 Kumasi draught champion, Michael Abu has emerged as the winner of the maiden edition of the draught tournament, dubbed ‘Dame Akansie’.

‘Dame Akansie’ was organised by the Ashanti Draught Association and sponsored by the Asantehene Otumfuor Osei Tutu II.

The event which took place at the Manhyia Palace drew participants from parts of the Ashanti region.

CEO of Agyaba Jewellery, Emmanuel Kwame Afriyie also gave 1,000 cedis to each of the winners.

“He wants to give a facelift to the game of draught like he’s done to golf. He wants the game to become a national pride,” he said.

“Next year’s event, God willing, will be bigger and it’ll be for the whole nation,” he said.

President of the Ghana Draught Association, Nana Obeng Afriyie was hopeful Otumfuor’s support will court many Ghanaians to embrace the game.

“We were so happy when Otumfuor took it upon himself to promote the game.

“We hope everyone will come on board to uplift the game,” he said.