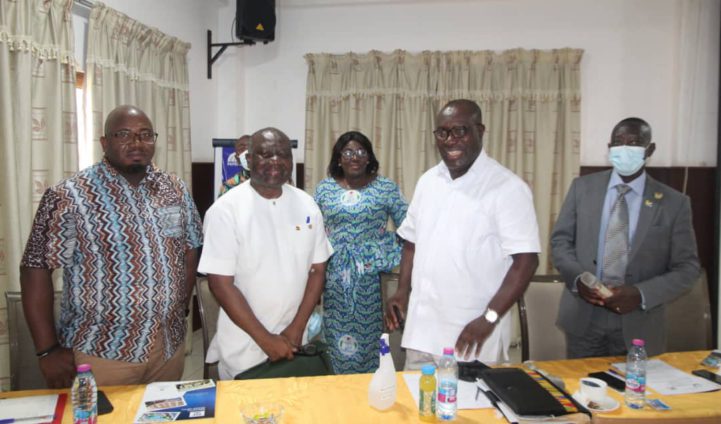 The Ghana Trades Union Congress (GTUC) is calling for ingenuity in economic management in addressing the high debt levels while ameliorating current hardships.

This follows what it describes as falling revenues below expenditure, leading to rising deficit and debt levels.

In its review of the 2022 Budget Statement and Economic Policies of government, the TUC expressed worry about the worsening living standards, emanating from the high cost of living, low pay and joblessness.

However, it welcomed the suspension of the Stabilization and Recovery levies on petrol, diesel, and LPG, but called for permanent removal of levies on petroleum products as demanded by the Ghana Private Road Transport Union.

“Ghanaians are struggling. Government must come to their aid”, it pointed out.

Furthermore, orgnaised labour said “there is urgent need to plug the loopholes in the tax system. We supported the establishment of the Revenue Assurance, Compliance and Enforcement (RACE). We asked government to pass the tax exemption bill and move further to streamline the exemptions regime. We asked government to pay more attention to property taxation and work with the District/Municipal/Metropolitan Assemblies to collect property taxes”, it said as part of its pre-budget propositions.

It however said “we see no response on the suggestion to increase the tax rates on tobacco, alcohol, and property and drinks with high sugar content”, though it applauded government for some initiatives to be taken in 2022 including intensify the Revenue Assurance and Compliance Enforcement (RACE), a modification of the Tax Exemptions Bill which will be passed and implemented in 2022 and the implementation of a staff rationalisation exercise.

On the 1.75% Electronic Transaction Levy, the TUC called for assessment of the levy to see if it meets the requirement of a good tax.

It also wants to find out the impact of the abolishment of road toll on government revenues.

With regard to employment, it urged government to consider reviewing the various public sector employment programmes and explore the possibility of integrating them.

“We expected the 2022 Budget to address the problems that inhibit the expansion of the private sector in the most aggressive way. We asked the government and the relevant public institutions to secure markets for domestic firms locally and externally. We urged government to invest in employment data to allow for assessment of the impact of government policies on employment.”

The TUC also proposed a “Productivity Week” every year which will bring all social partners together to highlight the issues about productivity.

However, it expressed worry that nothing was said about the review of the existing public employment programmes as well as employment data.

For pensions, the TUC asked government, as a matter urgency, to fulfil the promise to top-up the lump-sum for those who retired in 2020 and those who are retiring in 2021, whilst propsing an amendment of Act 766 to postpone the full implementation of the pension reforms regarding pension benefits (including lumpsum benefits) until 2031, amongst others.

However, it said the budget didn’t prioritise these demands/requests and suggestions.

On the public pay, organised labour said it drew government attention to the low pay on the single spine salary structure (SSSS), the pay inequities between workers on the SSSS, State-Owned Enterprises and Article 71, amongst other.

However, it expressed concern that the budget had no word on the possible review of the Single Spine Pay Policy and bridging the growing pay gap in the public sector.