eShun calls out to Sarkodie on Twitter for feature - MyJoyOnline.com

eShun calls out to Sarkodie on Twitter for feature 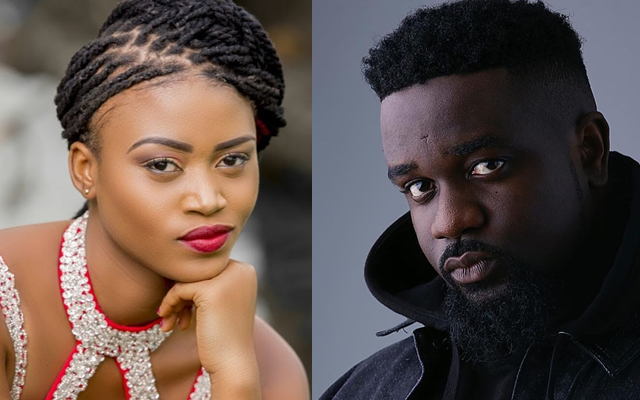 Singer eShun has taken to Twitter to vent her frustrations on how cumbersome getting Sarkodie on her track has been.

According to the “Someone Loves Me” singer, for years she has had to go through various people including Sarkodie’s manager, producers and many others in her effort to reach out to the rapper.

eShun in her tweet penned to Sarkodie stated, she believes having him on her song will not only be an honour but also “fire to fire”.

“Bra Michael… What do I do to make this happen?”

eShun, like many new artistes, said it is a blessing to have an influential act feature on any of their songs. 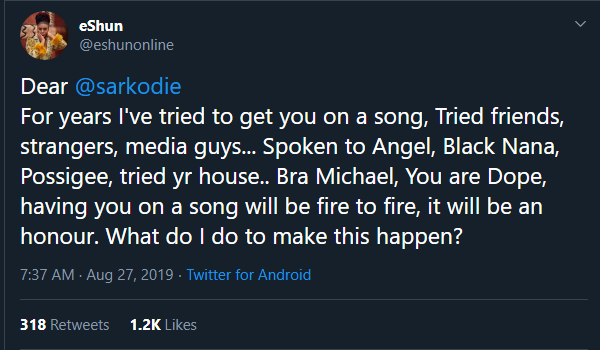 For King Promise, having Kojo Antwi, The Meastro, his mentor feature on his song Bra was everything. In Sarkodie’s effort to highlight some new artistes, he featured them on his track ‘Biibi Ba’.

R2Bees, also featured many new artistes including the group ‘La Meme Gang’ in their viral song ‘Boys Kasa’ and Stonebwoy got featured on OV and Kelvyn Boy’s songs.

Samini with his association and label, High-Grade Family, helped Kofi Kinaata and Stonebwoy.

However, there have been calls to get these artistes to help more as many talented underground or new artistes need the recognition they deserve.