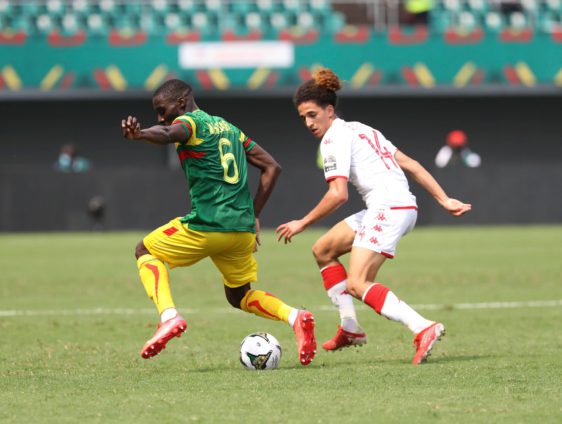 Goals have been everything that the Africa Cup of Nations has lacked since the opening day of the competition in Cameroon.

Day four of the tournament was no different as just three goals were recorded in all three games that were played across two groups.

In the first game of the day, Zambian referee Janny Sikazwe made the headlines for some of his decision making throughout the game including twice ending the match before the full time as Tunisia lost Mali in Group F’s opening game.

The central referee awarded two ‘soft’ penalties to each side during the game, with Mali scoring theirs while Wahbi Khazri missed for the north African side as they lost their opening game.

Sikazwe also gave a controversial red card to Mali’s El Bilal Toure for a foul on an opposition around the centre circle.

The referee also ended the game in the 85th minute before rescinding his decision, and with some seconds still to go until the close of the game, Sikazwe whistled for full-time.

In the second fixture of the day, Gambia, who are making their maiden appearance at the continental showpiece beat Mauritania by a goal to nil.

Albie Jallow made history by becoming the first player in the country’s history to score in the AFCON tournament.

Ivory Coast also got off their AFCON campaign with a narrow win over Equatorial Guinea. Max-Alain Gradel scored what was the tournament’s fastest goal in the competition this year.

Wednesday’s results mean, 12 goals have been scored in the first round of games in the group stage, 15 less than the number recorded in 2019.