The Afghan Taliban have announced a new leader to replace Mullah Akhtar Mansour who was killed in a US drone strike.

In a statement, the Taliban acknowledged Mansour's death for the first time and named his successor as Mawlawi Haibatullah Akhundzada.

Analysts say it is unlikely the group will change direction under Akhundzada, a religious scholar seen as hardline.

Mansour was killed in a strike on his car in Pakistan's Balochistan province on Saturday.

Under his stewardship the Taliban refused to take part in peace talks: instead, militant attacks escalated and became more daring.

Mawlawi Haibatullah Akhundzada, a former head of the Taliban courts, was a deputy leader to Mansour.

It doesn't look as if there will be a major shift in the Taliban's approach to peace talks under the new leadership. Mawlawi Haibatullah Akhundzada was deputy to Mullah Mansour and held senior positions under the movement's founder Mullah Omar.

He comes from Kandahar in the Taliban heartlands of southern Afghanistan and seems to have been an acceptable choice for a significant number of Taliban shura (council) members.

The new leader is not as controversial as his predecessor, who led the militants for two years before news emerged that Mullah Omar was actually dead.

A Taliban statement said the new appointment had been unanimous, the same word the Taliban used when Mullah Mansour took over. Splits soon emerged after that – this time there could still be some disagreements, but probably not enough to challenge the new leader's authority.

"Haibatullah Akhundzada has been appointed as the new leader of the Islamic Emirate (Taliban) after a unanimous agreement in the shura (supreme council), and all the members of shura pledged allegiance to him," the Taliban said in a statement.

It also said that Mullah Mohammad Yaqoob, son of Mullah Omar, would become a joint deputy head of the movement, alongside current deputy leader Sirajuddin Haqqani.

Sirajuddin Haqqani, who is much more well known, is leader of the Haqqani network which has been blamed for some of the most violent attacks inside Afghanistan.

The group is known for its daring raids on Western and Afghan targets, particularly in Kabul.

"We invite Mula Haibatullah to peace. Political settlement is the only option for the Taliban or new leadership will face the fate of Mansour," Javid Faisal tweeted. 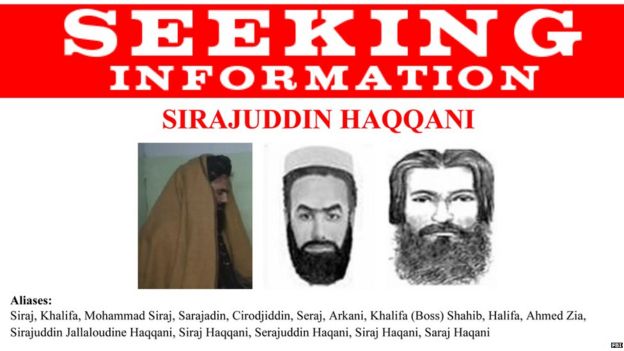 In 2015 the Taliban was deeply divided over the selection of Mullah Mansour as the new leader.

But the BBC's Sanjoy Majumder in Kabul says the appointment of Haibatullah Akhundzada appears to be uncontroversial. The fact that he comes from the traditional Taliban stronghold of Kandahar is likely to please rank-and-file fighters.

Separately on Wednesday, 10 people were killed and four injured in a suicide attack that hit a bus carrying court employees in Kabul, government officials told the BBC.

What we know about Haibatullah Akhundzada