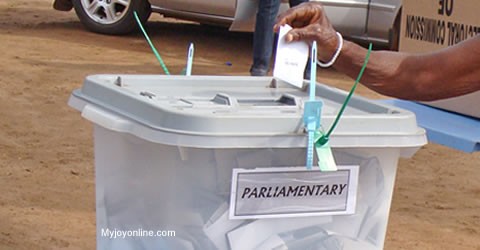 African Election Project (AEP) is providing leadership in the use of Information and Communication Technologies (ICT) to cover the October 11 elections in Liberia to elect a President, Members of Senate and House of Representatives.

“As Liberians go to the polls on Tuesday, October 11, the ICT based incidence monitoring platform would monitor incidents of violence, irregularities and human rights abuses, spanning the period of pre-elections, during elections and post elections, thereby contributing to building peace and entrenching democracy in Liberia.

“In addition, the project is designed to facilitate the work of journalists and citizen journalists by actively using ICT tools in disseminating election information and knowledge thereby stimulating a vibrant online and offline dialogue between the media and civil society through forums on elections issues with the ultimate objective of promoting free and fair elections in Liberia,” Mr Sam added.

The statement said Liberia’s upcoming election had largely been viewed as a test of the willingness of Liberians to fully commit to democracy and the deepening of good governance in the country after a 14-year civil war which ended in 2003.

Mr Sam said, “The use of ICT during these elections coverage would bring about transparency in the whole electoral process, ensure the timely release of electoral news to citizens residing in Liberia and in the Diaspora, issue alerts to the relevant institutions to prevent potential incidence of violence and to ensure credibility in the final outcome of the elections”.

He pointed out that a modern fully equipped Call Centre was in place to enable citizens report elections violence incident in addition to SMS reporting system.

“In order to coordinate information transmission from elections observers throughout the country, a group of field officers have been deployed to play this role. The project also makes use of social media tools such as twitter, facebook and youtube to reach out to online audience.

“Other tools to be deployed include cutting-edge call centre software and a news database software which are designed to keep track of the elections activities as it happens.”

AEP in Liberia which covered the recently held Liberia referendum is coordinated by the International Institute of ICT Journalist (Penplusbytes) with strategic and financial support from Humanity United working hand-in-hand with key partners including Liberia Media Centre (LMC) and Ushahidi Liberia.

AEP was established in 2008 to cover elections using Information and Communication Technologies (ICTs) across the continent.

It leads, support, and collaborate with a broad network of efforts, ideas, and organisations that share their vision of a world free of conflict and injustice.