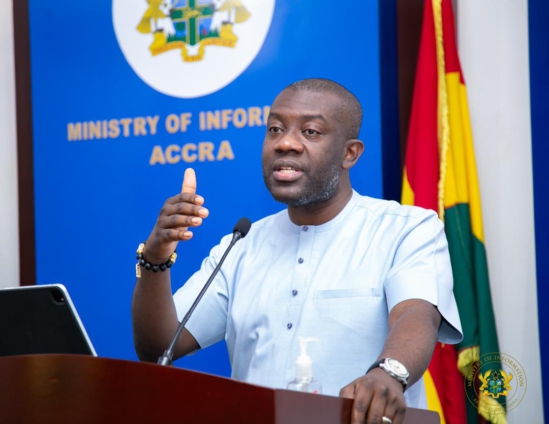 Government says work on the ambitious Agenda 111 will commence on Tuesday when President Akufo-Addo inspects work on a district hospital in the Ashanti Region.

The project announced in April last year by President Akufo-Addo during his Covid-19 address will see to the construction of 101 District Hospitals, six regional hospitals and two new psychiatric hospitals.

According to Information Minister Kojo Oppong Nkrumah, the government has secured 88 different parcels of land for the project to take off.

“101 district Hospitals will commence on Tuesday, August 17, 2021. The provision will also see to the provision of two specialised hospitals, one for the middle belt and one for the northern part, these are psychiatric hospitals and then redevelopment of the Accra Psychiatric Hospital.”

“It is programmed to take between 12 months to complete each one. The project implementation committee chaired by Chief of Staff Madam Akosua Frema Osei Opare has currently secured 88 of the 101 sites.”

Kojo Oppong Nkrumah added that government is advancing $100 million for the project to commence.

“Currently, the commencement of $100 million has been made available to the project through the Ghana Infrastructure Investment Fund. For the project themselves, it is budgeted at nearly $17 million for each district Hospitals.”

“The district and specialised hospitals are being funded by the government of Ghana, but for the Regional hospitals, EPC arrangements have been made that come with their own funding associated with it.

“Contractors for the various projects have also been procured and are commencing work with the first set starting from this week.”

He is also confident the construction will create jobs and boost local economies.

“Preference was given to local contractors and local labour because it will also be a demonstration of What we call Ghanaian excellence that will showcase what the construction and engineering community is capable of doing.”

DISCLAIMER: The Views, Comments, Opinions, Contributions and Statements made by Readers and Contributors on this platform do not necessarily represent the views or policy of Multimedia Group Limited.
Tags:
Accra Psychiatric Hospital
Agenda 111 Hospitals
Kojo Oppong Nkrumah