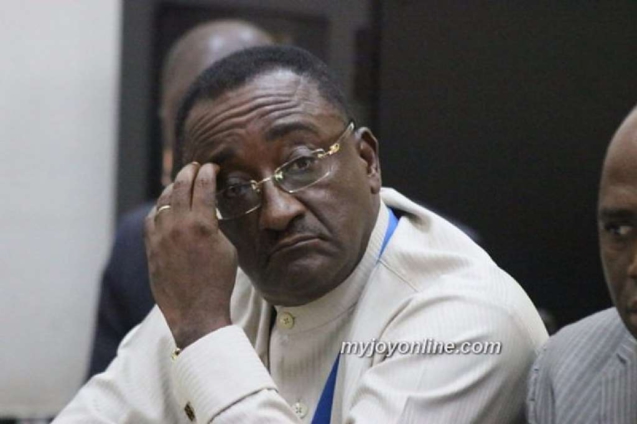 Deputy Food and Agric Minister, Yaw Frimpong Addo has stated that comments from the Agric Minister which sought to suggest that the sustainability of the Planting for Food and Jobs programme is not possible due to debts owed fertiliser suppliers have been taken out of context.

Yaw Frimpong Addo’s clarification comes after the Minister for Food and Agriculture, Dr. Owusu Afriyie Akoto expressed worry about the sustainability of the flagship programme due to a large debt owed some stakeholders.

He said importers of fertiliser under the PFJ were under siege by their financiers because out of GH¢940 million owed dealers in fertiliser and other subsidies since the beginning of last year, the government had been able to pay only GH¢250 million.

But speaking on Tuesday’s edition of the Super Morning Show, the Deputy Agric Minister clarified that the debt the Minister was referring to is unpaid debts (of suppliers) for the first half of 2021.

According to him, fertiliser suppliers supply upfront and are later paid. However, he said efforts are in place to settle the outstanding debts.

“There are several indication that the Ministry of Finance is making all efforts to pay off the arrears,” he said.

He bemoaned delays on the part of suppliers in transporting fertiliser products to the farmers, which in effect affected productivity of work.

“All efforts are being made for suppliers to get products to the farmers in the second half of the year. As we speak, suppliers are mobilising themselves and some people have begun supplying the farmers especially in the Northern part of the country because that is where they currently need it most,” he said.

He further stated that plans aimed at tackling other challenges which have hampered the effective implementation of the Planting for Food and Jobs programme are underway.

He acknowledged that the programme has been confronted with a number of issues including poor rainfall patterns, smuggling of subsidised fertiliser (meant for farmers) outside the country, among others.

“Some unscrupulous people are conniving with foreigners and they are into this business of smuggling products (fertiliser) across the borders but the security outfit is up and doing and we are putting in several measures,” he said.

“What we’re confronted with is how to ensure that the farmers get the inputs on time and at the correct price and without this interference of smugglers.

“When we’re able to do that and it gets to these farmers, if even the weather is not too good, the multiply effect of the numbers will sort any shortfall that may arise,” he added.

He further stated that government is considering rolling farmers unto a biometric system, effective next farming season as part of measures to tackle the rate of smuggling of products meant for farmers out of the country.

DISCLAIMER: The Views, Comments, Opinions, Contributions and Statements made by Readers and Contributors on this platform do not necessarily represent the views or policy of Multimedia Group Limited.
Tags:
Dr Owusu Afriyie Akoto
Planting for food and Jobs