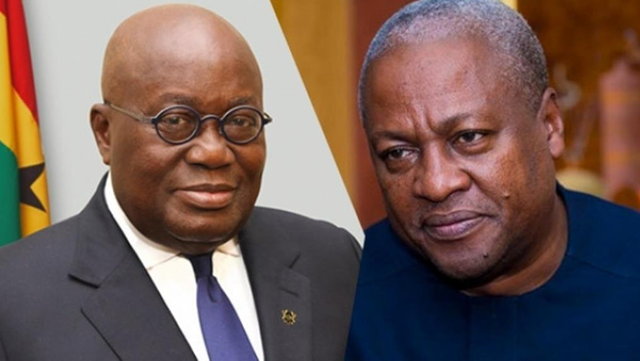 The flagbearer of the National Democratic Congress (NDC) is demanding that the deal is withdrawn completely following a directive by President Akufo-Addo for the Finance Minister to take it back to the House.

A Corruption Risk Assessment conducted by the Special Prosecutor, Martin Amidu revealed that the transaction was embroiled with infractions regarding the relationships, conflict of interest, allocations among others.

The report which was presented to the President on October 16 also indicated that involvement of Databank Financial Services as a local rider company as a manipulation by the Finance Ministry which lowered the risk of corruption.

“The request for proposals process from the Ministry for Finance with a rider for collaboration with eligible Ghanaian firms smells of bid-rigging by the Finance Ministry for the proposals from Imara using Data Bank as a decoy on closer examination, analysis, and assessment of the terms and conditions of the Mandate agreement purportedly signed between the Ministry of Finance on behalf of the Republic of Ghana and Imara/Databank,” excerpts of the Special Prosecutor’s full analysis intercepted by JoyNews read.

The issues arising from the OSP’s assessment, according to the President, are expected to be perused by MPs to ensure that the special purpose vehicle is in the interest of Ghanaians.

The Finance Minister has since defended the mechanisms surrounding the deal as transparent and conducted in the light of due diligence.

But speaking on Accra-based Starr FM, flagbearer for the NDC, called for the deal to be placed at the bottom of the government’s list of priorities.

“For me, the issue is not about returning it to parliament for review. I think it should be withdrawn completely and there’s no hurry to bring it back. I mean whole new look should be taken about what we want to do with our gold royalties and consensus built around it before any such agreement is brought to parliament,” he said on Tuesday.

He believes the rushed process of the arrangement resulted in the current situation which will be prevented if the deal is shelved for later.

“He [Akufo-Addo] could have either asked the Finance Minister to step aside or suspended or sack him after receiving the report but he’s been quiet on the front.”

DISCLAIMER: The Views, Comments, Opinions, Contributions and Statements made by Readers and Contributors on this platform do not necessarily represent the views or policy of Multimedia Group Limited.
Tags:
Agyapa Minerals Royalties Limited
Akufo-Addo
John Mahama
Martin Amidu
Parliament