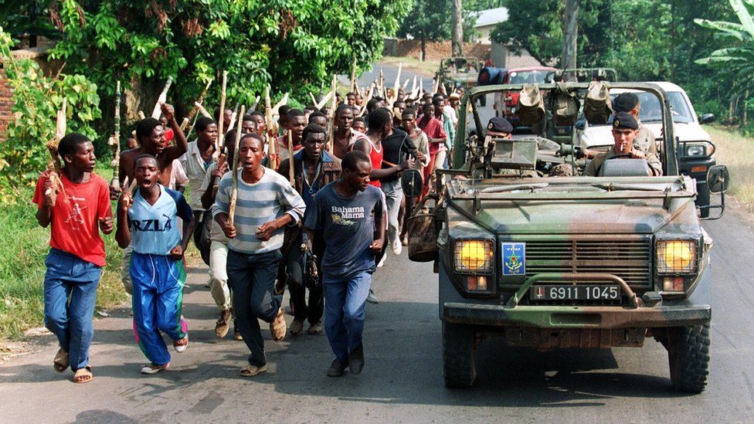 Today we begin for the 28th time, the period of remembrance and honouring the memory of our loved ones, innocent lives gruesomely massacred during the 1994 genocide against the Tutsi.

The agenda to annihilate Tutsi in Rwanda began many years prior to 1994 when in 1959, the first genocidal attacks were reported, resulting in the killing of hundreds of innocent lives and the fleeing of many thousands into the Great Lakes region of Africa and beyond.

Thereafter, several targeted killings continued until 1994 when the plan to exterminate wholly was rolled into motion, and in just 100 days, over 1 million innocent lives of children, mothers, fathers, farmers, teachers, the elderly, and ordinary citizens were killed in despicable brutality.

‘Kwibuka’ in Kinyarwanda means remembering. We stand together united to mourn and remember them with more resolve to live for the higher values that they upheld. This year’s theme for our commemoration, “Kwibuka, Unity our Choice” is thus befitting and a timely reminder.

This is well captured in President Paul Kagame’s remarks made at the 25th Commemoration part which I wish to quote.

“Rwanda became a family, once again. The arms of our people, intertwined, constitute the pillars of our nation. We hold each other up. Our bodies and minds bear amputations and scars, but none of us is alone. Together, we have woven the tattered threads of our unity into a new tapestry. Sisters became mothers. Neighbours became uncles. Strangers became friends. Our culture naturally creates new bonds of solidarity, which both console and renew”.

It is also a moment when we honour the heroism and resilience of the survivors of the genocide. To our brothers and sisters who survived the genocide, we thank you for your continue to inspire us that nothing is insurmountable, and through your willingness to forgive, we have been able to create the bridges of unity and hope for a better future, joining hands as Rwandans to rebuild and choosing to live again.

Building on this foundation, the role that our inclusive, people-centred, and purposeful leadership has played in the healing and recovery of our country cannot be overemphasised. We honour and are most grateful to our leaders with special recognition to our President Paul Kagame.

The international community acknowledges April 7th as the International Day of Reflection on the genocide against Tutsi adopted by UN General Assembly Resolution A/72/L.31 of January 2018, which amended the naming of this commemorative day from the earlier UNGA resolution A/RES/58/234 of December 2003, to reflect the facts of what happened in Rwanda in 1994.

Furthermore, we acknowledge our host country Ghana’s role in standing with us in this terrible time, when the Ghanaian contingent and a few others stayed in Rwanda during the genocide, saving civilian lives from imminent death.

Since the establishment of the resident High Commission of Rwanda in Ghana in 2020 and in spite of the Covid-19 pandemic, the Government and people of Ghana have stood with us during this period of commemoration.

In 2020, Ghana’s Minister of Foreign Affairs and Regional Integration, Shirley Ayorkor Botchwey made a passionate call to Ghanaians and citizens of the world and I quote; “The 1994 genocide against the Tutsi in Rwanda saw the murder, of more than 1,000,000 people. The greatest homage we can pay to the victims of this dark episode in human history is to stand together and renew our pledge that, by the grace of God and our common will, never again shall we allow humanity to perpetrate such gruesome evil against humankind”.

In remembering the genocide against the Tutsi, we must also commit to fighting genocide ideology, bring to justice its perpetrators, and end impunity.

This is the subject of the UN Security Council resolution 2150 (2014) of 16 April 2014 (on prevention and fight against Genocide and other serious crimes under international law), some of the main extracts of which are the following:

We echo this call today, reminding us that as long as genocide perpetrators have room to evade justice or delay its delivery, our collective human commitment to “genocide never again” remains in question.

Rwanda will never tire to remind all nations of this obligation to prevent and punish the crime of genocide, by prosecuting fugitives or extraditing them to face justice at home where the crimes were committed and closer to the aggrieved communities.

As a country that has witnessed the horrors of genocide, we have committed to striving for peace and security beyond our borders. This is why only a decade after the genocide in 2004 despite having our own security challenges to deal with at the time, we were among the first to rise to the call for UN peacekeepers to deploy in South Sudan.

This was, and remains a matter of principle, that for as long there is a possibility to contribute to protecting civilians and prevent atrocities against them; Rwanda will always do its best to contribute. Today, we continue to contribute to troops of the UN peacekeeping missions.

As we start the 100 days of commemoration on this 28th anniversary of the genocide against Tutsi, I invite all Ghanaians, fellow Africans, and friends of Rwanda to join events organised this April 7 in Rwanda.

As we do so, let us take a moment to reflect on our individual and collective responsibility to honour the memory of innocent lives killed in the genocide and contribute to the prevention of genocide through fighting impunity by its perpetrators, its denial, revision, trivialisation and the ideology that underlies all this.

At the High Commission, we have selected April 22 among the 100 days of commemoration to be the time when together with the Rwandan communities in Ghana, Ivory Coast, Benin, Togo, Sierra Leone and Liberia will host a commemoration event in Ghana to continue honouring the memory of our loved ones.