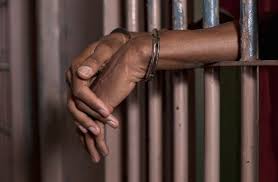 The Police at Akatsi in the Akatsi South Municipality of the Volta Region on Tuesday arrested three suspects in connection with a home invasion robbery at Ayitikope.

The incident was reported at about 23:45 hours on Saturday, May 29 at the residency of Mr. Atsu Makafui Kumordzi, a popular lotto operator, who owns Makafui and Sons Company Limited, a licensed private lotto company.

Checks by the Ghana News Agency (GNA) from Police sources revealed that the suspects were picked up at separate hideouts within Akatsi and Dabala.

Chief Superintendent Joseph Atsu Dzineku, the Akatsi South Municipal Police Commander, who led a special team of Police Anti-Robbery Unit of the Ghana Police Service disclosed to the GNA, their outfit after picking enough intelligence concerning the robbery on the businessman, have arrested the trio for interrogation and further action.

Mr Dzineku said suspects, Ali Dzibo, aged 35, and Sampson Agbenyega, aged 22, were arrested at Dabala, also in the South Tongu District of the Volta region, while the other suspect, Zakari Omaru 46, a scrab dealer, was apprehended at Akatsi.

Chief Superintendent Dzineku further said an unspecified amount of money, bank cheque booklets, and mobile phones were found after a search on them.

He also indicated the suspects have been moved to Accra by the Police Anti-Robbery Unit for further interrogation.

“We are still investigating and all those involved in that dangerous act would be brought to book,” he added.

The residence of Mr Kumordzi was ransacked by fully armed robbers numbering about 12, at night whilst the occupants slept.

The robbers, who were shooting indiscriminately during the operation, bolted with a huge sum of money and some belongings before finally causing a massive laceration to the forehead of Mr. Kumordzi with gunshot wounds on his thigh.

The victim has since been treated and discharged from the hospital.