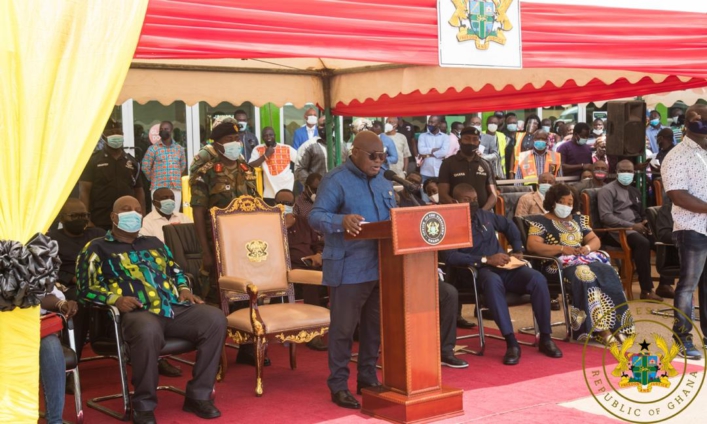 President Akufo-Addo says he is disappointed in the Fomena MP, Andrews Asiamah for refusing to heed his advice to contest as an independent candidate.

Addressing chiefs and people of Fomena at a durbar as part of his tour in the Ashanti Region, he disclosed that he engaged Mr Asiamah to rescind his decision.

This, he said, fell on deaf ears since the incumbent MP went ahead to file his nomination as an independent candidate.

“I told him that he cannot really do anything in a Parliament which is mainly dominated by political parties.

“So if it is any issue that has caused him to be angry he should the matter rest and trust me as President to adjudicate the issue. But he did not listen,” he said.

The phenomenon of some NPP members contesting as independent candidates in the December election is a growing worry to the party’s leadership.

The incumbent MP for Fomena, Andrew Asiamah, opted to go independent after he was challenged and lost the party’s parliamentary primaries to Philip Ofori Asante.

Meanwhile, the Adansehene, Opagyakotwere Bonsera Afriyie observed that the decision by their incumbent MP could retrogress the development of Adanse communities.

According to him, they extended an invitation to Mr Asiamah in order to advise him to reconsider his decision but he did not honour it.

The President then commissioned a 450-bed boys’ dormitory at T.I Ahmadiya SHS and inspected works at the Fomena District hospital.