Akufo-Addo has led Ghana into a near ‘Banana Republic’ – Blakk Rasta - MyJoyOnline.com 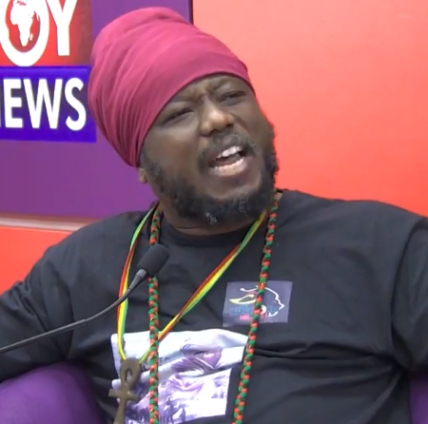 A reggae musician and a radio presenter of Zylofon FM, Abubakar Ahmed says the President is leading the country into a near ‘Banana Republic’.

According to him, the country is going to deaccelerate with speed until certain things are addressed without fear of the people in power.

“Where people are being picked up at random, where some people have become demi gods they can say anything they want to say until we start speaking about these things and not being afraid of what these whole people in power can do, this country is going to deaccelerate with the biggest speed you can ever find,” he said.

Speaking in an interview on Showbiz A to Z, the musician condemned the acts of MPs-elect in the 8th Parliament saying, “In Ghana, if apologies became the keys to handcuffs nobody would ever have the hand in any handcuff”.

He added that Carlos Ahenkorah has a track record of indiscipline and he always apologises after committing such acts and gets away.

“This is not the first instance of indiscipline, the same guy broke out of an interview when Ablakwa was speaking in the House and later had to come out and apologise.

“Number two, he run to a polling centre when he knew he had tested positive for Covid-19 without a mask.

“He went ahead shaking hands with people, at the end of the day he resigned and there he goes again to snatch ballot papers in Parliament,” he said.

Blakk Rasta said such people are to be called to order and not given the chance to do as they like because the country is governed by laws.