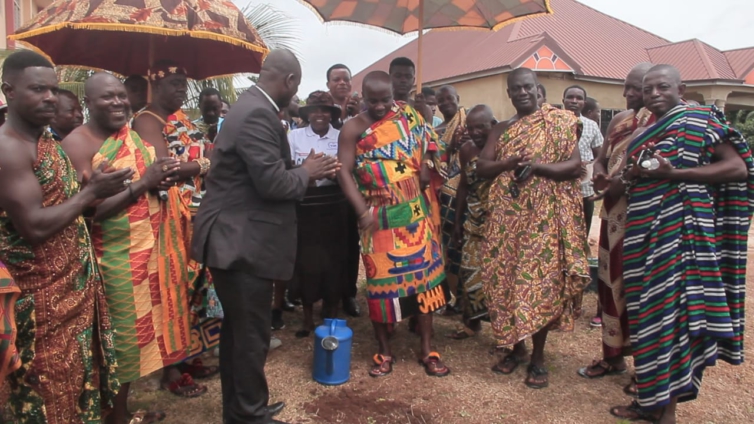 Ghana is one of the tropical countries with the highest proportion of rainforest loss in the world. This is according to the Food and Agriculture Organization of the United Nations (FAO).

According to Global Forest Watch, Ghana lost 112 hectares of humid primary forest between 2002 and 2021, accounting for 8.2 percent of the country’s total tree cover loss during the same period. During this time, the total area of Ghana’s humid primary forest shrank by 10%.

The church supports the President’s enormous tree-planting initiative to combat the disastrous effects of deforestation.

The Church of Pentencost Ghana has resolved to plant a million trees in support of the government’s programme.

Asante Mampong Area Head Pastor, Samuel Kwabena Asare also stated that the church must not only focus on spiritual issues, but should implement a holistic strategy that includes mobilizing communities to solve common problems that affect them.

He believed that, in addition to evangelism, the church has a responsibility to play in the environmental protection of the country.

The church, as a social organization, and its adherents, as individuals and members of society, have a social and moral responsibility to participate actively in environmental conservation.

To bolster his argument that humans and trees are interdependent, he used the traditional adage that when the last tree dies, the last man dies as well.

“Everyone should be concerned about tree planting. Stop destroying trees and start utilizing gas instead,” he said.

He also urged church members to look after the trees in order for the afforestation drive to be successful and serve a wider purpose.

The Forestry Commission has established provisions for various tree species to be planted by church members.

Locals have also been advised to plant trees in their neighborhoods.