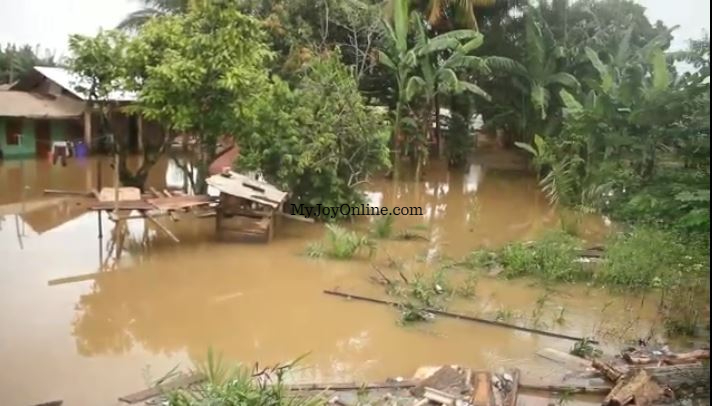 A Civil Engineer has proposed solutions to address the country’s perennial flooding.

Speaking in an interview on Joy FM’s Midday News on Wednesday, Mr. Ibrahim Mahama called for the amendment of the by-laws in order to prohibit home owners from concreting their compounds.

This, according to him, if done, will mitigate the incidence of flooding.

“You can expand the drainage system, you can create buffer areas of retention point, once the by-laws are not amended, for people to change the pattern of construction, it will lead to nothing,” he said.

His comment is in connection with efforts by government to respond to the flooding problem by transforming the Hydrological Department into an Authority, with the mandate to permanently address flooding and other related issues.

But the Minority in Parliament has questioned government’s reason for taking the responsibility of flood control from the Works and Housing Ministry and handing it to a department within the same Ministry.

The Minority Leader, Haruna Iddrisu, stated that the flooding challenges confronting the country transcend the set up of another bureaucratic state agency, adding that the change of the Hydrological Services Department into an Authority is pointless.

Also, reacting to this development, Mr. Mahama stated that the decision “is the least he has heard from the government.”

He stressed that it is not the solution to addressing the flooding in parts of the country.

Meanwhile, some notable places in the Greater Accra Region have been flooded following today’s downpour. The affected places include; the Tema Station Junction and Osu.

Some major towns in the Central Region have also been flooded following the downpour.

Cape Coast, Moree, and some towns in the  Abura-Asebu-Kwamankese district were all affected.

DISCLAIMER: The Views, Comments, Opinions, Contributions and Statements made by Readers and Contributors on this platform do not necessarily represent the views or policy of Multimedia Group Limited.
Tags:
By-laws
Flooding