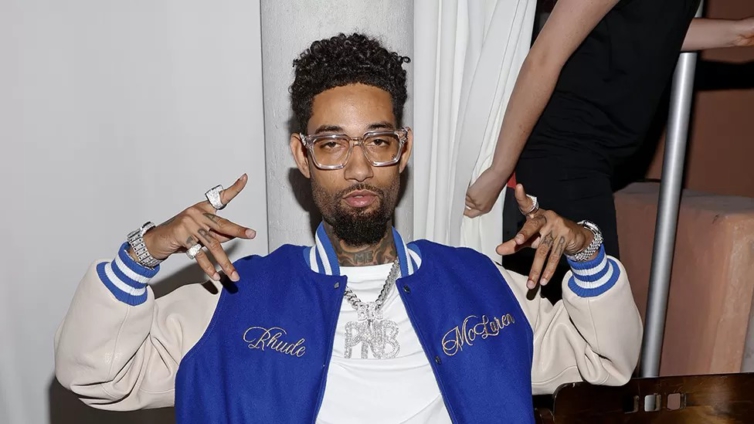 US rapper PnB Rock has been shot dead in an apparent robbery at a Los Angeles restaurant.

The musician, 30, was with his girlfriend when a gunman reportedly demanded jewellery before opening fire inside a waffle house in the south of the city.

Police found PnB with multiple gunshot wounds and he was pronounced dead in hospital 45 minutes later.

No arrests have yet been made over Monday’s shooting.

She told reporters at the scene this led to “some sort of verbal exchange” before the victim was shot several times and fell to the floor.

The suspect then “removed items from the victim”, she said, before running to a waiting getaway car and fleeing the scene.

US media has said law enforcement sources confirmed the rapper was the target of the attack.

Rip dawg you didn’t deserve that…. Every time I see one of my friends bleed out on camera or killed on camera, I feel a sick feeling I can’t even really explain… it puts me more and more back in survival mentality! pic.twitter.com/n9OntndgYb

Tributes have since flooded in for PnB Rock – real name Rakim Hasheem Allen – who rose to fame with the release of his 2016 hit Selfish and had collaborated with artists including Ed Sheeran.

Superstar Drake posted a photo of the pair together on his Instagram story, and rapper Offset posted a Twitter tribute urging followers to pray for PnB’s two children.

Pray for pnb rock….the man got family and kids smh God be with the man‼️

Others pointed out that the shooting follows the death of fellow rapper Pop Smoke – who was killed in a Hollywood Hills burglary last February.

It’s been suggested his killers were able to find his address after he accidentally revealed it in a social media post.

The latest shooting has led to discussions about the safety of rappers, after it was suggested an Instagram photo of PnB and his partner may have revealed the pair’s location.

DJ Akademiks, who runs a popular hip-hop YouTube channel, said he had interviewed the rapper just a week ago about a previous attempt to rob him.

Wow.. this PNB Rock situation crazy.. i just did a interview with him a week ago where he detailed how someone tried to rob him in LA recently while he was out with his girlfriend and daughter. Now.. this.. smh. Pray for PNB Rock.

Nicki Minaj said Pop Smoke’s death had taught rappers to be more cautious about their whereabouts.

After Pop Smoke there’s no way we as rappers or our loved ones are still posting locations to our whereabouts. To show waffles & some fried chicken????! He was such a pleasure to work with. Condolences to his mom & family. This makes me feel so sick. Jesus. #SIP #PnbRock 🕊

Meanwhile Cardi B took a different view, and challenged people who had blamed PnB Rock’s girlfriend Stephanie Sibounheuang for posting the photo.

She tweeted that it was “highly unlikely” that the suspects had tracked them online and that it was “irresponsible and inconsiderate” to blame Stephanie for “something so tragic”.

PnB Rock was born in Philadelphia in 1991, going on to record two studio albums, Catch These Vibes and Trapstar Turnt PopStar.

He released his most recent song, Luv Me Again, just two days before the shooting.