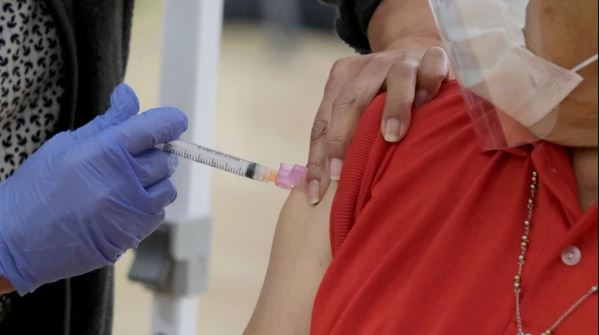 California’s plan for vaccine equity went off the rails in LA recently when appointment codes meant for largely Black and Latino communities ended up getting snatched up and spread among wealthier people outside of those areas, some of whom reportedly got appointments.

The vaccine program set up by Gov. Gavin Newsom’s administration designated a block of appointments at California State’s Los Angeles campus and the Oakland Coliseum accessible only via specific access codes that were shared with community groups and nonprofits, according to the Los Angeles Times, which first reported the story.

More than 2,000 community organizations have contacted the state about participating in the program, California Office of Emergency Services (OES) spokesperson Brian Ferguson told the Times.

But after those codes became available last week, wealthier people in Los Angeles began getting the codes via group chats and messages, the Times reported. At least three access codes began appearing in “affluent and professional social networks,” according to the Times, though it’s unclear how aware the people sharing them were that the appointments were meant for poorer and largely Black and Latino communities.

Part of the confusion was that the purpose of the codes or who could use them wasn’t stated on the California Department of Public Health’s MyTurn website, according to the Times, and some of the messages the Times reviewed indicated that the people sharing them thought it was a pilot program.

Either way, the codes reportedly spread like wildfire: One woman in her 40s who didn’t fit any of the qualifying categories told the Times she had been sent three different codes in a matter of days.

Ferguson told VICE News in an email that the code spread after “a nonprofit we were working with shared it with the community serves, and a member of that community shared it more widely.” He also said that the appointments enabled by that specific code were cancelled and a new code was given to the nonprofit “to use with its constituents.”

“Again, these codes are for use by impacted communities, and if these codes are improperly used by those not in these groups, appointments will be cancelled to make sure the appointment slots go to those who need them most,” he added.

The Los Angeles situation shows how the well-documented problems with vaccine signups persist. When appointments first became available, LA health officials mistakenly allowed dozens of non-eligible people to receive jabs meant for healthcare workers and long-term care patients, including some who got access to signups via forwarded emails, according to the Times.

There have been similar problems reported in states ranging from Maryland to Texas. Earlier this month, the Tulane Hullabaloo reported that a link was shared throughout the New Orleans university’s student community to signups at a university-run health clinic for school employees, and that some students reported receiving the first dose of the vaccine before the university and the health clinic rectified the issue.

Line-skipping of that nature isn’t the only issue. After Massachusetts expanded its COVID-19 eligibility last week, the state’s vaccine appointment locator website crashed for more than two hours, according to Boston.com. In Wisconsin, the preliminary rollout for the state’s vaccination website scheduled for Monday was delayed until March 1 due to “technical issues.” In Oregon, website glitches have prevented newly-eligible seniors from getting an appointment.

The woman the Times spoke with said the people she knows “honestly have convinced themselves to believe that this is leftovers, that this is pilot testing, open to everyone.”

“Nobody thinks they’re doing something wrong,” she said.