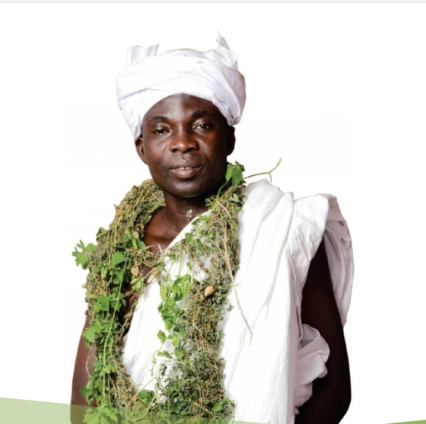 The people of Anlo Afiadenyigba in the Keta Municipality have outdoored two new chiefs to occupy the Agblebe and Akamu stools.

The grand durbar was held on Saturday, December 18, after all the necessary rites and rituals had been performed.

A Nigerian based business man, Captain Joseph Atsu Evadzi from the Knonuga division was enstooled as Torgbui Agblede II.

According to JoyNews Correspondent, Ivy Setordjie, the Akamu stool in the Agbonuga division has been vacant for 18 years following the demise of Torgbui Akamu III in 2003.

38-year-old businessman and politician, Azi Ganyo, the Chief Executive Officer of SBBV Lotto Company was chosen to occupy the stool. He was enstooled as Togbui Akamu V.

On his part, the Member of Parliament for Keta, Kwame Dzudzorli Gakpey, urged the new chiefs to work in harmony with the people to ensure rapid development in the community.

Mr Gakpey assured that he will continue to lobby for developmental projects and other social amenities to be extended to the Anlo Afiadenyigba community.

The Dufua of Anlo Afiadenyigba, Torgbui Kadzahlo IV used the opportunity to advise the youth to eschew social vices.

He bemoaned the increase in cyber fraud, drug abuse among others. Also, Chairman of the Anlo Afiadenyigba Youth Council, Bubu Klinogo underscored the important roles chiefs play in the socio economic development of every community.

Meanwhile, the Chairman of the Central Planning Committee for Anlo Afiadenyigba traditional area, Edwin Nuworza Denoo has expressed gratitude to all relevant stakeholders who ensured the ceremony was a success.

He also called on the royal families whose stools are still vacant, to initiate the process of finding new replacements to complement the efforts of current chiefs.

DISCLAIMER: The Views, Comments, Opinions, Contributions and Statements made by Readers and Contributors on this platform do not necessarily represent the views or policy of Multimedia Group Limited.
Tags:
Anlo Afiadenyigba
Togbui Akamu V
Torgbui Agblede II