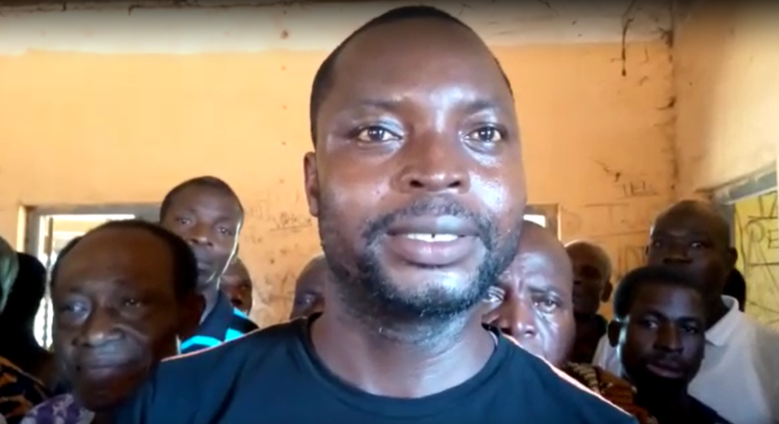 Residents of Anlo Afiadenyigba in the Keta Constituency have called for an immediate transfer of all police officers on duty during an attack on MP-elect Dzudzorli Kwame Gakpey.

Mr. Gakpey and his family were attacked by some unknown gunmen on Friday night.

Speaking to the press, youth leader Bubu Klinogo insisted that new officers be brought to replace the current security personnel in the constituency.

“We are very much disappointed that the police were not able to react swiftly to apprehend the culprits during the act. Because of that we the youth demand the immediate transfer of all the police officers on duty on that day.

“We are making a call to the Regional Commander and the District Divisional Commanders to heed to this call to transfer them from this town and replace them with other people from other places,” he stated.

According to him, the people of Anlo have lost trust and confidence in the security service deployed to the constituency.

“We are also not sure we can work with them again in the future. We are not sure they can respond in times of emergency. Hence, we pledge our commitment and readiness to work with any other police officers whom the authorities will send to us,” he added.

Mr Bubu Klinogo disclosed that as a sign of commitment, the community will convert an old post office into a police station that will be accessible to all persons.

The Presiding Member for Keta, Amos Ametsime also stressed on the need for a replacement team.

“They do not have the strength to respond to our call. On countless occasions, citizens have run to them for help but couldn’t get it.”

Meanwhile, the Regent of the town, Torgbui Kadzahlo has appealed to the Regional Commander to return a patrol pickup that was taken away from the community.

“It is very difficult for the police to go on operation whenever they are called because they have no means of transportation,” he noted.

Two suspects have been arrested to help in investigations following the attack on the MP-elect Dzudzorli Kwame Gakpey.

The MP was subsequently admitted at a hospital situated outside the constituency.

DISCLAIMER: The Views, Comments, Opinions, Contributions and Statements made by Readers and Contributors on this platform do not necessarily represent the views or policy of Multimedia Group Limited.
Tags:
Anlo Afiadenyigba
Keta Constituency