Any man who marries more than one wife is selfish; he doesn't succeed in life - Joy FM listener - MyJoyOnline.com

Any man who marries more than one wife is selfish; he doesn’t succeed in life – Joy FM listener 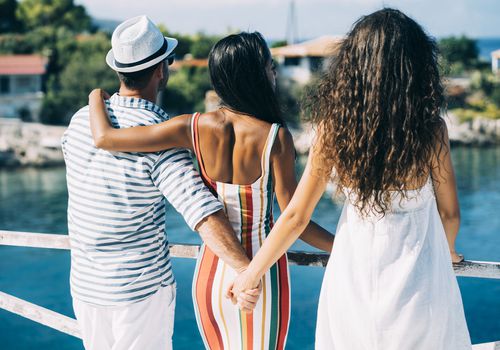 An ardent listener of Joy FM has outrightly condemned polygamy.

The caller, Sam, who phoned in from Apenkwa said there is no justification for the practice. According to him, any man who practices polygamy is selfish.

He contended on Joy FM‘s Super Morning Show on Friday, that God, creating a woman out of one rib of the man is an indication that He wants man to stay committed to only one spouse.

“When God created the Heavens and the earth, how many ribs did he use to create the woman? Only one according to Genesis 2,” he said.

A number of callers phoned in to the show to justify polygamy with claims that some great men in the Bible all had more than one wife. One man whose name was mentioned most was King Solomon.

“All our patriarchs in the Bible including Solomon and the likes had more than one wife,” Fafa one caller who phoned in from Adenta to contribute to the discussion, said.

Notwithstanding these justifications, Sam, emphasised that other sections of the Bible outrightly condemn the act.

“People have argued that Solomon and others had more than one wife, but when we go to Matthew 19, Jesus told them that in the beginning, it was not so, it was because of their selfish gains that’s why, thus, any man who goes in for more than one wife is selfish,” he stressed.

“And you find out that such men never succeed because they have dishonored the woman that they married [so] let us stick to one woman, honour them, treat them well and it shall be well with us, ” he added.