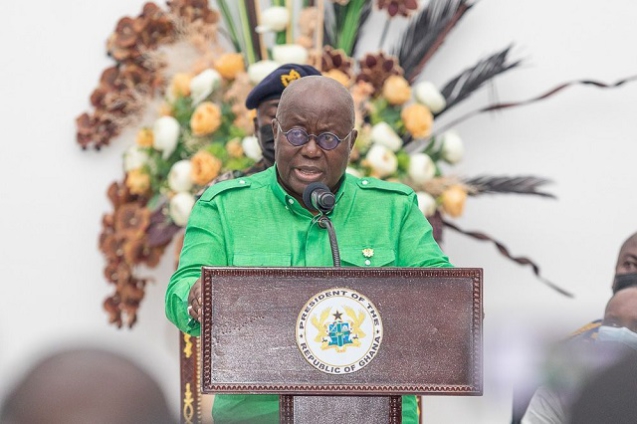 According to him, while his government works assiduously to ensure that the Common Fund allocations to the districts arrive on time and regularly, the MMDCEs should support government’s efforts by increasing Internally Generated Funds (IGF).

He explained that the IGF will complement the fund allocations from the Central Government, thus aiding the local governments to pursue their own development initiatives.

This, he added, will promote the decentralisation agenda as enshrined in the 1992 Constitution while promoting self-reliance in the localities.

“You’d not make the progress you should if all your development programmes are solely dependent on the modest sums you get from the Common Fund allocation. But at the same time, please apply your Common Fund judiciously towards the execution of planned and approved projects.

“It is not for recurrent expenditure and should not be used, misused, or abused. It is a good idea to get your assemblies to restructure the financial operating systems and targets to take advantage of the new initiatives introduced by government to promote accelerated economic growth,” he said.

Meanwhile, President Akufo-Addo called on the MMDCEs to transform the local economies they would preside over by implementing programmes for growth and development.

“The local area is the target for all the programmes we set forth in 2017, programmes we continue to implement for the growth and transformation of the Ghanaian economy,” he said.

“Planting for Food and Jobs, 1 million Dollars 1 Constituency, One District One Factory, One Village One Dam and Agenda 111 policy initiatives like all the other innovative introductions to the economy, are all very much local initiatives,” he added.