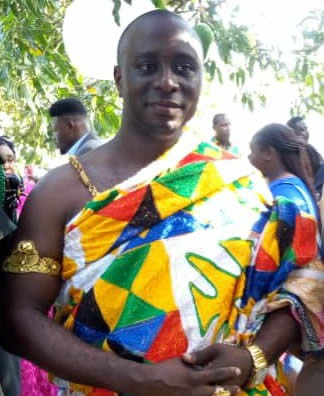 According to the traditional ruler in the Effia Kwesimintsim Municipality Assembly (EKMA), peace is under threat following what he described as clandestine moves by so-called  kingmakers.

A group calling themselves as kingmakers of the  Apremdo division had  claimed  at a press conference on 11th July  that the overlord had been  destooled, a claim Nana Egya Kwamina XI has rubbished.

Nana, known in  private life as William Eghan,  said,  as far as he is concerned, he is fully in charge of Apremdo, managing affairs as custom and tradition requires.

He rubbished claims  that he has been  disrespecting the stool and pursuing a selfish agenda.

He named six persons in his petition as the trouble makers who are peddling  baseless and unfounded claims against him.

Speaking to the media in an interview, the chief explained that he was enstooled ten years ago as the overlord of the Apremdo traditional area after a protracted chieftaincy dispute which had affected  the community and its development.

"Development became  paralyzed  without a chief in the community for many years" he explained.

He said peace and tranquillity fortunately  was subsequently  restored following his ascension to the stool.

"I have since remained  one of  the hardworking traditional rulers in Ahanta, who succeeded in dealing with all the land disputes that had engulfed the community.

Nana Egya Kwamina XI  said he has accordingly warned that those people engaged in disturbing the community must desist from that  and stop engaging themselves in activities  bringing the office of the stool he occupies into disrepute.

Addressing the media at a press conference last  Friday, spokesperson of the group, John Nat Panyin on behalf of the Ebusuapanyin Dominic Yalley, severely criticised the chief.

In response to the accusations however, the chief said he has decided to petition the Ahanta traditional council to address all the  issues raised and deal with the matters arising out of press conference organized by the group.

"As civilized, and traditionally  cultured as I am,  I will not descend in the gutters to  disgrace the stool or the chieftaincy institution in Ghana.

"These are people  misconducting themselves publicly" he pointed out.

As the traditional ruler, he explained that  he is careful  dealing with all his  subjects and elders who are neckdeep in activities considered detrimental to custom.

"Allowing the indiscriminate sale of stool lands to overshadow decency,  custom and traditional value is not acceptable" he observed.

"In the affairs of Apremdo chieftaincy, only royals and traditional council members can comment on issues in order not to create unnecessary tension in the community" he warned.

He called on corporate bodies, various institutions and the general public, especially those operating in the area, to disregard the allegations being levelled against him by the wayside characters causing confusion in the community.

"People must stop entertaining these characters  in all matters pertaining to the stool of Apremdo" he concluded.