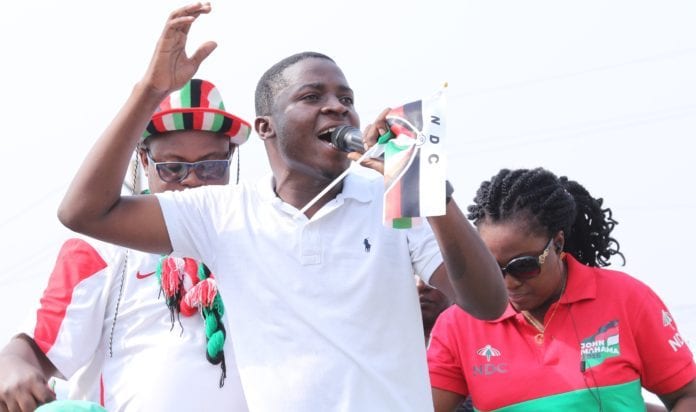 The Deputy National Youth Organsier of the National Democratic Congress (NDC), Edem Agbana, has accused the Ghana Police Service of taking his phones during the first day of the Arise Ghana demonstration.

In an interview with JoyNews, the activist narrated that, his devices were taken from him during an interaction with the Police in the heat of the exchanges that marred Tuesday’s protest.

“I’m a leader. I was leading my people to have a positive defiance. I must not leave my people and run away. I was there with them. My phones were taken by the Police.

“I am telling you that it is the Police people who stole my two phones. I strapped my phones around me, the Police took my phones away from me, but I refused to run away”, Mr. Agbana explained.

“I lost my phones today. Kindly send an email or a Direct Message if you urgently need to get in touch. Thank You’, he wrote.

The allegation by Mr. Agbana adds to the tales of unfortunate incidents which characterised Tuesday’s demonstration in the capital, Accra.

But what started as a coordinated protest soon degenerated into chaos; with the Police firing tear gas into the crowd. According to the Police, this was in reaction to some errant protesters who were bent on using unapproved routes.

The Police were also pelted by some protesters who accused the personnel of deliberately obstructing the flow of activities. This led to some police officers sustaining injuries, with some protesters being wounded as well.

Following the violent exchanges, the Ghana Police Service has condemned the developments and begun investigations into the incidents.