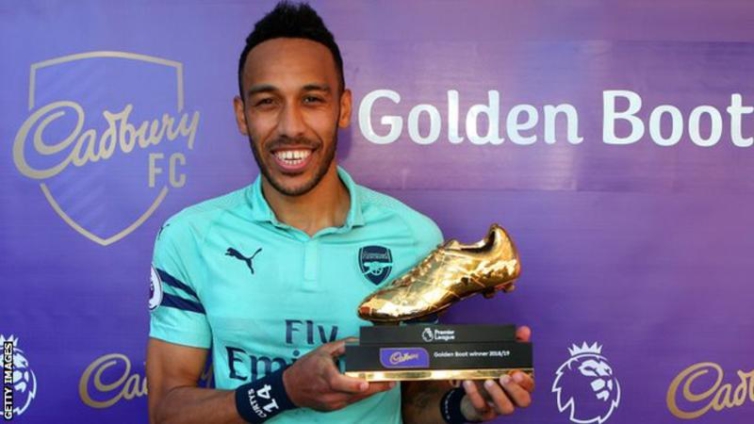 Aubameyang’s current deal runs out in June 2021, and Arteta says the club have to show him why he should stay.

The Gabon international says whether he signs a new deal is “possibly the most important decision” of his career.

The forward has scored 61 goals in 97 appearances for the Gunners since joining from Borussia Dortmund in 2018.

Arteta added: “I think at the moment I am extremely happy with how he’s been performing and behaving.

“I have a really good relationship with him and we can discuss face to face a lot of things. So far as I’m aware I think he’s very happy at the club.”

However, while Arteta remains optimistic, Aubameyang told French football programme Telefoot that he “hasn’t had an offer recently” from the club.

“I did speak to the club quite a few months ago, and they know why nothing has happened yet,” he said.

“It’s a turning point in my career and I want to be honest with everyone.

“They have the keys. It is up to them to do their work and, after that, we will see how things go. It’ll certainly be a very difficult decision to make.”

In March, before the league’s suspension amid the coronavirus pandemic, Arteta said he wanted to keep Aubameyang “under any circumstances” and the club needed to discuss a new deal with their captain before the end of the season.

Barcelona and Inter Milan are understood to be interested in the forward.

Arsenal, who are ninth in the table, travel to second-placed Manchester City when the Premier League restarts on Wednesday

DISCLAIMER: The Views, Comments, Opinions, Contributions and Statements made by Readers and Contributors on this platform do not necessarily represent the views or policy of Multimedia Group Limited.
Tags:
Mikel Arteta
Pierre-Emerick Aubameyang