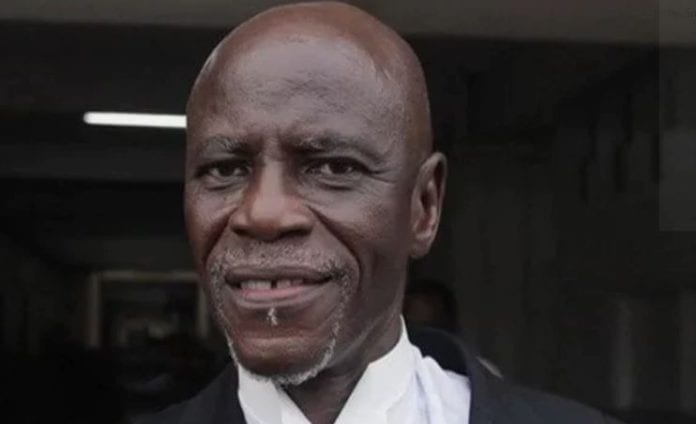 Lawyer Akoto Ampaw has debunked claims that because the right to sexual orientation, identity, and expression are not explicitly mentioned in the 1992 Constitution, they cannot be deemed as rights in Ghana.

According to him, such an argument falls flat before Article 33 (5) of the 1992 Constitution which states that “the rights, duties, declarations, and guarantees relating to the fundamental human rights and freedoms specifically mentioned in this chapter shall not be regarded as excluding others not specifically mentioned and which are considered to be inherent in our democracy and intended to secure the freedom and dignity of man.”

Akoto Ampaw who was making a submission in opposition to the proposed Promotion of Proper Human Sexual Rights and Ghanaian Family Values Bill, 2021before Parliament’s Constitutional, Legal and Parliamentary Affairs Committee stated that Ghanaians enjoy several rights which are not mentioned in the Constitution.

“My question is the constitution does not anywhere guarantee the right to sex, but any attempt to deny Ghanaians of their right to sex will be a violation of their human rights.

“Again the constitution does not directly make provision for the right to food but it is well established within the human rights domain that every person has a right to food.

“And again, the view that there is nowhere in the Constitution where there is a reference to a right to sexual orientation or identity and so on, can only be made in ignorance of Article 33 (5) of our Constitution,” he said.

He thus stated that due to the provisions of Article 33, the right to sexual orientation, expression, and identity can be admitted as guaranteed by the Constitution of Ghana.

“So our view, our contention is that this article, this very important article, provides a broad space for recognition of other fundamental human rights that are not specifically mentioned in the Constitution and therefore the argument that the right to sexual orientation or identity or expression of LGBTQ people are not guaranteed under the Constitution falls in the face of Article 33 (5) of the constitution.