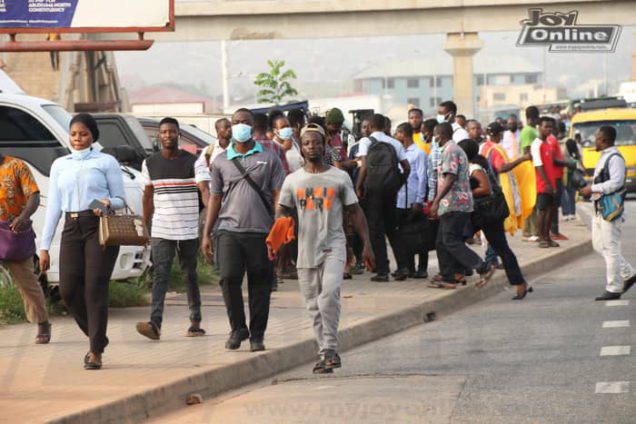 They want government to scrap off taxes like the Price Stabilization and Recovery Levy, Special Petroleum Tax, the Energy Recovery Debt Levy and the Sanitation levy.

Commuters in areas such as Lapaz, Ashaiman, Madina among others were most affected by this recent withdrawal of service.

However, some drivers were on the streets of Accra rendering their servicers to the many in need.