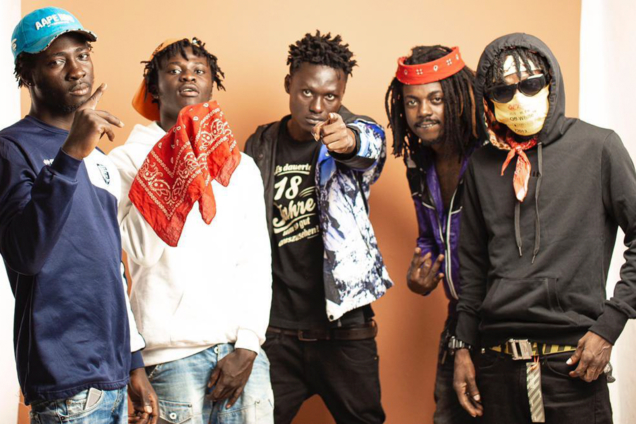 A co-founder of the Afrochella Festival says it is not within the powers of drill music group, Asakaa Boys, to decide who performs at the annual festival.

Edward Asafu-Adjaye insists that the public lamentation by the music collective about not being invited for the 2021 edition of the festival leaves much to be desired.

At the December concert which saw guest performances from Wizkid and Ari Lennox, questions were rife about the whereabouts of the Ghanaian drill sensation on the bill.

During a Twitter Spaces on Tuesday, Jay Bahd, a group member, fumed about what he describes as outright neglect by the organisers of the concert during the 2021 programme.

Afrochella organised a Block Party in replacement of the actual concert amid the Covid-19 pandemic in 2020. During the discussion on Twitter, the Life Living Records signee, revealed that they were invited to perform for free.

However, considering the drastic effects the raging pandemic had on the entertainment industry at the time, the group decided to accept the offer with the hopes of getting another call-up in the next year when the organisers are financially fit.

A year down the line, that invitation never came, a situation which has left members of the group including Reggie, betrayed.

This revelation attracted some reactions on social media regarding the remuneration of local musicians.

But speaking on Joy Prime on Thursday, the Afrochella co-founder, Edward Asafu-Adjaye, says he struggles to appreciate the remits within which the group’s demand for a call-up is coming from.

“Having a big festival like that, every artiste wants to be on, they don’t get selected, they get a little upset. But the sense of entitlement coming from the Asakaa Boys was a little different,” he said.

He added that his investigations revealed to him that “they are upset because they did us a favour by performing for free at the Black Party so they were expecting when the festival was back on, we will put them on as paying them back, But they didn’t do it for free,” Edward added.

He insisted that the boys were paid for the transportation and accommodation during the 2020 event.

The organisers also hinted at taking legal action against the Asakaa Boys to bring finality to the matter.

DISCLAIMER: The Views, Comments, Opinions, Contributions and Statements made by Readers and Contributors on this platform do not necessarily represent the views or policy of Multimedia Group Limited.
Tags:
Afrochella
Asakaa Boys