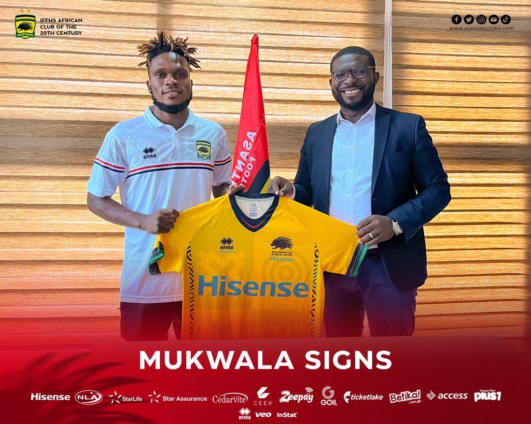 Ghana Premier League side, Asante Kotoko, have officially confirmed the signing of Ugandan forward, Steven Mukwala ahead of the upcoming season.

The Ugandan joins the current league champions on a free transfer for a period of two years with an option to extend for a further year after ending his contract with Uganda Rivers Authority FC.

He becomes the latest foreign player to have joined the Porcupine Warriors in the last two years after Georges Mfegue and Franck Mbella Etouga, the latter going on to score 21 league goals last season.

His addition to Kotoko’s squad provides squad depth in the attacking area ahead of their return to the CAF Champions League.