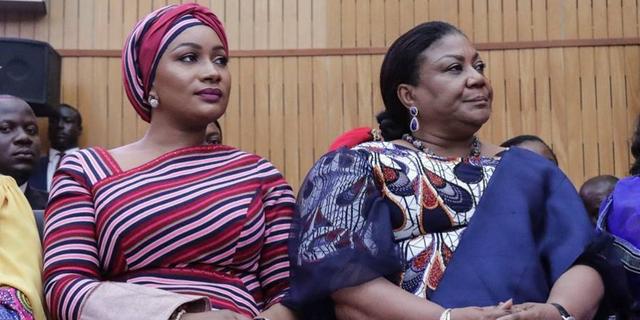 The former President, John Dramani Mahama has described as unfortunate, the attempt to pay the First Lady and wife of the Vice President salaries and allowances.

In an opinion piece published on Friday, the 2020 flagbearer of the opposition National Democratic Congress (NDC) said the spouses of the President and his Vice are not captured in Article 71 as public office holders, thus, makes the decision problematic.

Citing the Emoluments Committee’s report that clearly indicated that neither Article 71 nor any of the provisions in the constitution bestow benefits on spouses of Presidents and Vice Presidents, Mr Mahama questioned why the committee led by Professor Yaa Ntiamoa-Baidu made provision for payment of salaries to them.

He also could not fathom why the seventh Parliament approved the Committee’s recommendation without critical evaluation.

According to him, “this seems like an attempt to sneak the First and Second Ladies into the article 71 office holders’ group. This is clearly problematic.”

According to him, the recommendation is inappropriate and must be reviewed.

“It is a fact that over the years, successive governments have continued the convention of providing the offices of the First Lady and Second Lady with allowances. The practice has included the payment of quarterly allowances to the surviving spouses of former Presidents, former Vice Presidents, and former Heads of State, which practice has been appreciated by the beneficiaries as a token from the State.

“Anyhow, if Government wishes to formalize these allowances, it must bring some form of enabling legislation to back these payments, noting that best practice in other democracies does not support payment of salaries to spouses of officeholders,” he stated.

In the last few days, public discussion on whether or not spouses of the President and Vice President should be paid salaries has intensified.

This was after the government indicated that Parliament has approved the report of the Emoluments Committee.

Already, two suits have been filed seeking to halt the payments.