Ghana international Baba Rahman made his first start under Guus Hiddink as Chelsea made light work of booking a place in the draw for the fifth round of the FA Cup.

An Oscar hat trick lit up Chelsea's 5-1 win at MK Dons, his first coming after just 15 minutes. Kyle McFadzean tried to pass back to goalkeeper David Martin but it was woefully short, and that allowed Diego Costa to intercept and square for Oscar to slide the ball home.

But within six minutes the Championship team were level. Darren Potter attempted a hopeful shot from just outside the D which hit the onrushing Nemanja Matic and looped over the helpless Thibaut Courtois.

Chelsea had the second goal their play richly deserved in the 32nd minute, Ruben Loftus-Cheek feeding in Oscar for a well-taken effort.

And Oscar completed his hat trick a minute before half-time, running with the ball from the left wing, cutting inside before curling a fine shot past Martin.

Hazard finally scored his first goal of the season in the 55th minute, from the penalty spot after he himself had been tripped.

The fifth came via substitute Bertrand Traore, netting his first Chelsea goal from Hazard's cut back.

Chelsea could have run up double figures in a commanding display. 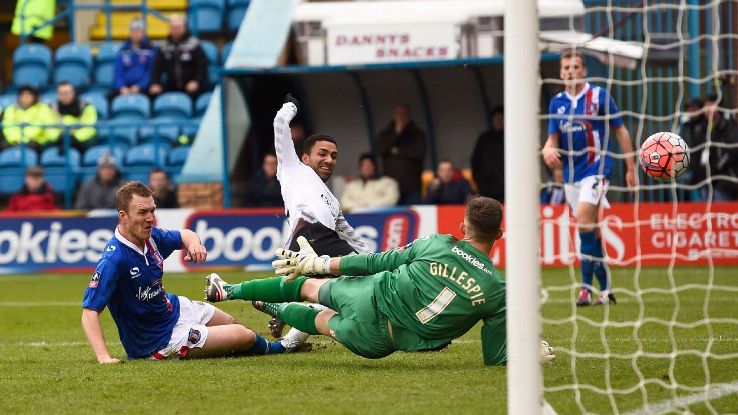 Everton eased into the fifth round as early goals from Arouna Kone and Aaron Lennon and a deflected Ross Barkley strike steered them to a comfortable 3-0 win at Carlisle United.

Kone opened the scoring by tapping in with only around 90 seconds of the tie gone before Lennon doubled the Toffees' advantage in the 14th minute.

Carlisle — back playing at their Brunton Park home for only the second time since last month's devastating floods — had threatened in between via a Derek Asamoah shot and did their best to cause their Premier League visitors problems thereafter.

But the contest was effectively settled in the 65th minute when Barkley sent a shot in off Mark Ellis from the edge of the box.

The win provided a timely boost for Everton and their manager Roberto Martinez, four days on from their Capital One Cup semifinal defeat to Manchester City.

Youth of Odododiodoo and Bukom protests ...

GRA should actively track down lawyers ...

My wife paid for our wedding ...

There is enough food to take ...

ECOWAS decision on military Junta, a ...