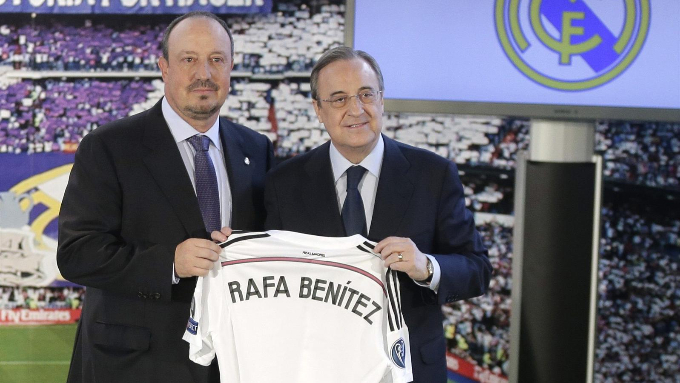 The Spaniard is a former manager of Liverpool, Chelsea, Valencia and Napoli, but it was at Real Madrid that he cut his teeth as both a player and a coach – and emotion got the better of him as he returned to his boyhood club after almost 20 years.

He will be Real Madrid’s new manager on a three-year contract, the club have confirmed.

The former Liverpool, Chelsea and Napoli coach will succeed Carlo Ancelotti, who left the club at the end of the Spanish league season.

"It's a unique opportunity. This is a difficult moment because I simply don't know how to describe the emotion."

"I want to win trophies and for the team to play well, and I'm thankful for the trust placed in me."

Benítez began his coaching career at Real before winning two La Liga titles and the Uefa Cup with Valencia. From there he moved to Liverpool in 2004 and won the Champions League in his first season at Anfield.