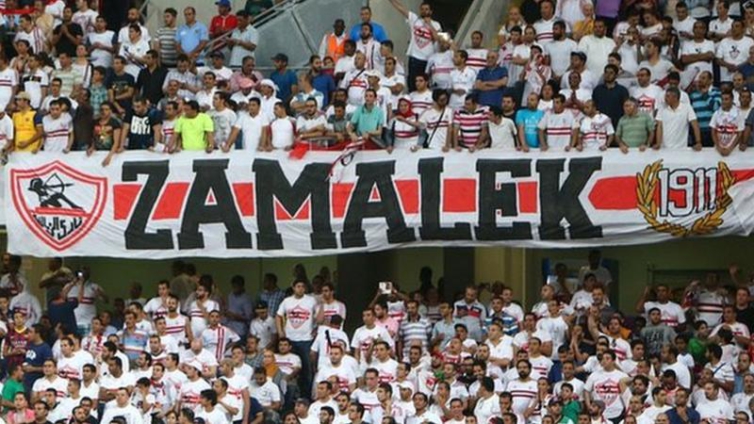 Egyptian giants Zamalek have until the end of April to decide whether to appeal the fact that they must pay former player Benjamin Acheampong over $1m.

On Thursday, football’s world governing body Fifa sent the five-time African champions the full reasoning of why it had instructed the Cairo club, on 1 March, to pay the money to the Ghanaian.

Within this, Fifa made clear it was not persuaded by evidence presented by Zamalek that it had reached a greatly-reduced settlement with Acheampong through former Egypt captain Nader El Sayed, who is now an agent.

Zamalek have 21 days from 8 April, when the reasoning was sent out, to file any appeal to the Court of Arbitration for Sport (Cas).

Fifa’s decision last month came after Cas, sport’s highest legal body, ruled in December that Zamalek must pay Acheampong after determining that the player was forced into breaking his contract by the club’s actions.

Cas found the Ghanaian had ‘no other option but to terminate’ his contract in 2018, citing – among other reasons – his lack of proper payment as well as his exclusion from both training and the squad for his second season at the club.

In January, Fifa opened disciplinary proceedings against Zamalek “for a potential failure to respect a … Cas decision”.

Two months later, they instructed the club to pay Acheampong around $1.1m – as per Cas’ instructions – by the end of March or face a transfer ban.

However, Zamalek’s decision to request the full grounds extended this deadline, which will be further delayed if any follow-up case is taken to Cas.

Fifa not persuaded by Zamalek evidence

In its detailed reasoning, Fifa made clear that it was not persuaded by evidence presented by Zamalek claiming to have reached agreement with agent El Sayed that Acheampong had settled for just $250,000.

El Sayed told both Fifa and the BBC that he was still representing Acheampong even though the Ghanaian maintained he had not seen the 1998 Africa Cup of Nations champion, capped over 100 times by Egypt, in over three years.

That did not stop both El Sayed and Zamalek presenting three documents bearing Acheampong’s name to Fifa. The player has said he signed none of them.

“[Fifa] takes note that the amounts due under the Cas award … total almost US$1,000,000 [without interest],” Fifa’s Disciplinary Committee said in its detailed decision.

“As such, it is very unlikely that [Acheampong] would have agreed to enter into a settlement agreement where he would only receive a quarter of the amounts to which he was entitled. [Fifa] is comfortably satisfied that [Acheampong] did not authorise Mr El Sayed to act on his behalf.

“Therefore, [Fifa] deems that the arguments raised by [Zamalek] could not justify the fact that the amounts due to [Acheampong] in accordance with the award passed by [Cas] on 8 December 2020 have not been paid.

“[Fifa] concludes that [Zamalek] … is withholding money from [Acheampong].”

In addition to the threat of a transfer ban, Zamalek were also fined $30,000 by Fifa – with that fine now on hold.

Now back in Cairo with El Dakhleya FC after a spell away from Egypt, Acheampong has said he is prepared to wait for his money, which is likely to take six months at the very least, and probably far longer, if Zamalek do appeal.

“It is not easy at all but I will be strong,” the former Ghanaian youth international told BBC Sport Africa.

He has previously explained that he burned through his savings after not being paid his proper salary while at Zamalek.

In a separate move, the club once insisted – in vain – that the player had given away over half of his contractual income when signing a ‘waiver’ shortly before going out on loan in early 2018.

Zamalek are one of the biggest clubs in Egypt, Africa, where their tally of five African club crowns is only beaten by great rivals Al Ahly, and the Middle East.

They have twice lost the African Champions League final in the last five years.