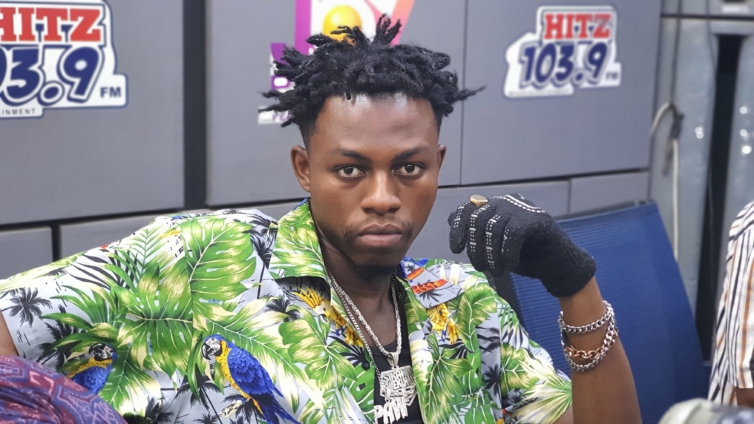 Rapper and singer, Kweku Flick is commending the organizers of Vodafone Ghana Music Awards, Charterhouse, for not adding him to the nomination list this year.

He made this comment after the host of Daybreak Hitz, Andy Dosty asked how come he didn’t earn a nomination in the 23rd edition of the award scheme:

“I will give a big shouts to VGMA for not giving me any nomination this year,” he said via Hitz FM.

The Kumasi-based singer’s statement came off as sarcastic to a cross-section of the listeners and viewers on social media.

The “Money” hitmaker averred that although he filed for nomination because he merited a spot due to his hard work in the year under review, the scheme decided not to include him in the list.

Flick revealed that he submitted his songs; “Attack” featuring Strongman and “No Sleeping” featuring Kuami Eugene to Charterhouse for nomination.

Although Kweku Flick believes the Board deliberately chose to side-line him, he claimed that he wasn’t disappointed with their decision:

“I am not disappointed for not getting a nomination this year,” he said. “I am cool,” Kweku added.

According to the BKC Music signed artiste, he has taken a stand to keep his peace about the award scheme this year. However, he will not hesitate to go all out, should the VGMA Board decide to snub him next year.

Kweku Flick is currently on a media tour for the promotion of his latest banger, “Ewiase”.

The 3-minute track addresses the challenges one goes through to earn a living, only for the other to be envious of their progress and success.