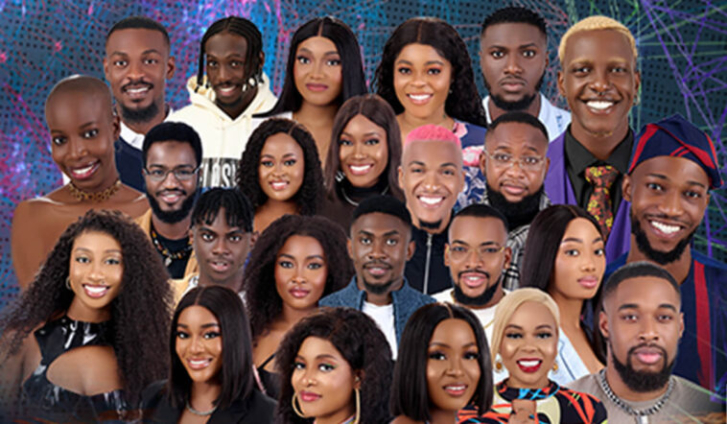 Reality entertainment is never far from the hearts of people. This year, fans of Africa’s biggest reality show took to Twitter to engage in conversations like never before.

Support from the fans who campaigned for their favourite housemates in the 7th season of Big Brother Naija lit up Twitter timelines through tons of Tweets, GIFs, emojis and screengrabs.

#BBNaija Season 7 “Level Up”, which recorded over 19 million Tweets, had major twists and turns in September ahead of the grand finale this past Sunday.

In case you missed it, here is a recap of all the happenings that led up to the crowning of the winner.

Nobody saw the unexpected friendship and love between Chizzy a.k.a. ‘Odogwu’ and  Doyin a.k.a ‘therapist’ coming. Despite combining Level 1 and 2, Chizzy and Doyin were like the opposing goalkeepers until early September, when the bond between them started to grow strong.

BBN Fans on #TwitterGhana commented on their relationship. Juelz_glow wrote, “He really likes her.” Ghana Trending Links in this Tweet said that Chizzy wouldn’t allow any interference in the relationship, while digital creator & brand influencer, Tatas Caritas also reacted with this Tweet.

Level Two Housemates – From ‘the trenches’ to winners

Though#Level2 trended in the month of September, who would have guessed that the winner of BBN season 7 would come from the secondary house, popularly known as “the trenches”, especially when the housemates kept losing the Head of House (HoH) games.

But to the delight of many, the two finalists, Phyna and Bryann, emerged from said ‘trenches’.  Self-proclaimed reality TV lover and BBN fan, Kuukua Fouillard celebrated the finalists in a Tweet while iam_airsenam also took the opportunity to admonish fans in another Tweet.

However, there was an interesting twist when Biggie allowed them to stay as house guests for one more week.

Phiney Sleek’s prediction was right, Biggie took the three evicted housemates to level one before their eviction on the Sunday show.

Ebuka Visits The Housemates In The Big Brother’s House

Before wrapping up the show, Big Brother gave the finalists an opportunity to spend quality time with the host, Ebuka. Sita_iam_hag commented, “happiness everywhere.”

During the surprise visit and dinner, Ebuka evicted Chizzy and Racheal. On #TwitterGhana, Pee Askim lamented the absence of a ceremony around Chizzy’s eviction in a Tweet, calling him “a star.”

After spending 71 days in the Big Brother House, Phyna, Bryann, Adekunle, Bella, Chichi and Daniella were the lucky housemates to reach the last stage of the reality show. This came after they impressed fans every other week with their vibes, moves and authentic conversations in Big Brother’s House.

As expected #PhynaTheWinner had to trend after emerging as the winner of the most talked about BBN season. She took home N100 million worth of prizes in this ‘Level Up’ edition. @martha_of_ghana Tweeted about her win.  Another BBN Fan on Twitter Ghana also reacted to her win.

While the show is over,  it seems fans are already yearning for more. One of Ghana’s BBN Fans wrote, “I’m gonna miss this show #BBNaija. This season is the best so far. All the best to the finalists.”

Entertainment continues to be a major driver on Twitter across the globe and BBnaija was no different.

The reality show was a global hit, and according to statistics released from Twitter, over 19 million Tweets and conversations about the reality show were recorded during the period of the show, with 514,942 unique authors.

Of the show’s fans that were engaged and talking, 75% were male while 25% were female.

From #bbnaija, to #bbnaijas7, to #Beautytukura, to #bbnaijalevelup and  #bellaOkagbue, Twitter was certainly abuzz with stimulating conversation and engagement as these hashtags came out strongly among the popular ones.

It also revealed that Donjazzy, ebuka, unusualphyna, Bryann and DStvNg were among the top ten handles.

The talented Animator Jude_OC took the first spot for the most Retweeted Tweet.

Twitter’s data again shows that the most popular emoji used by Twitter users to express their feelings was the humour emoji 😂 with 468,306 Tweets, followed by the fire 🔥 with 164,028 & third place was ROTFL 🤣 with 147,856 Tweets.

DISCLAIMER: The Views, Comments, Opinions, Contributions and Statements made by Readers and Contributors on this platform do not necessarily represent the views or policy of Multimedia Group Limited.
Tags:
BBNaija S7
Big Brother Naija
Twitter