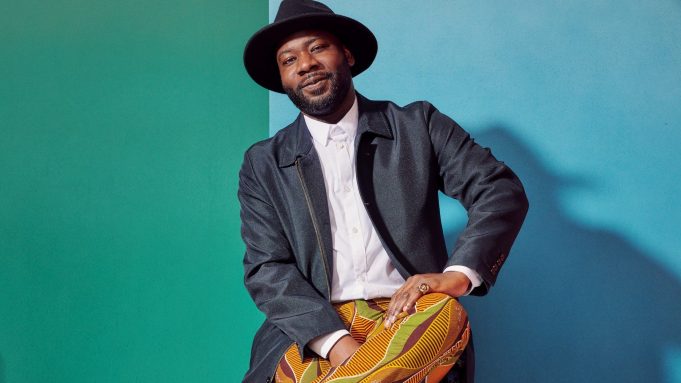 In the wake of a hot 2020 which saw Blitz Bazawule’s Beyonce visual album Black Is King debut on Disney+, in addition to scoring the directing gig for The Color Purple feature musical, the filmmaker’s debut novel The Scent of Burnt Flowers has just been acquired by Ballantine Books.

Senior Editor Chelcee Johns at Ballantine acquired North American publishing rights from CAA. The novel is scheduled for publication in 2022.

The Scent of Burnt Flowers is steeped in the history of Ghana, specifically the 1966 coup of then-president, Kwame Nkrumah.

The novel follows an African American couple, who are on the run after one commits a murder in self-defense in the Deep South of the United States.

Unaware a coup is underway in Ghana, the couple’s plan for safety is to flee the United States and reunite with their old friend Nkrumah who they believe will grant them asylum.

The couple’s chance encounter with Ghana’s most beloved Highlife musician, who’s headed to play for the president, sparks a journey full of suspense, lust, magic and danger as Nkrumah’s regime crumbles around them.

This is not Bazawule’s first foray into writing–he wrote and directed the award-winning feature film The Burial of Kojo currently streaming on Netflix.

He co-directed Black Is King and was tapped by Oprah Winfrey, Steven Spielberg, Quincy Jones, and Scott Sanders to direct Warner Bros. feature adaptation of the Tony-award-winning musical The Color Purple, which is set to go into production in early 2022.

Ballatine is an imprint of Random House. In addition to CAA, Bazawule is represented by M88 and Granderson Des Rochers.

DISCLAIMER: The Views, Comments, Opinions, Contributions and Statements made by Readers and Contributors on this platform do not necessarily represent the views or policy of Multimedia Group Limited.
Tags:
Black Is King
Blitz Bazawule
Filmmaker
The Scent of Burnt Flowers